On Tuesday night I went to the Young British Foodie Awards, created back in 2012 by Amy Thorne, founder of TASTE PR, food journalist Chloe Scott-Moncrieff and Lily Jones, founder of Lily Vanilli.

It started then with the simple mission of shining a spotlight over the new wave of talented producers that was starting to hit the British food scene. Now, firmly established in its role, as each year goes by, the winners roster gets ever stronger. 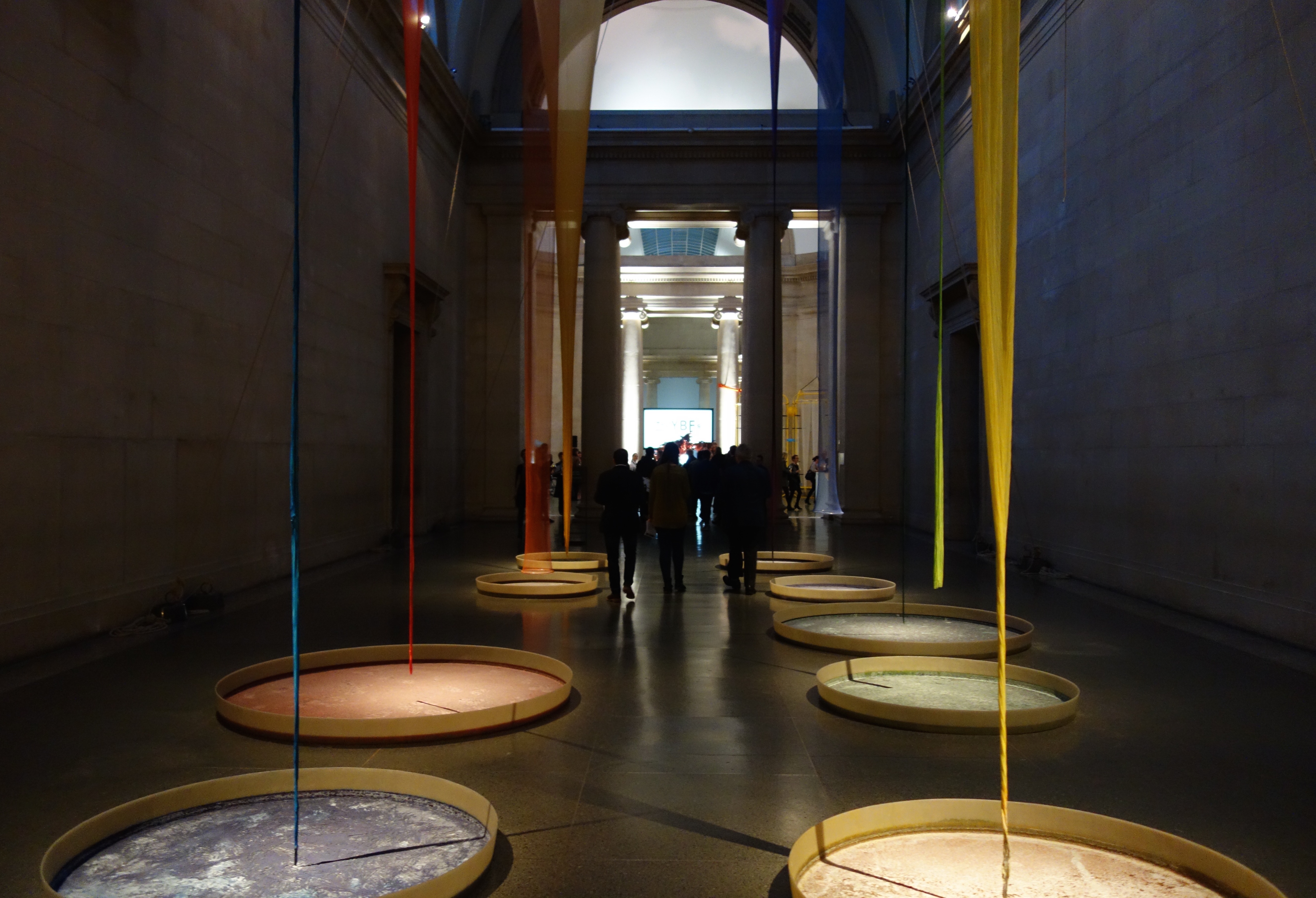 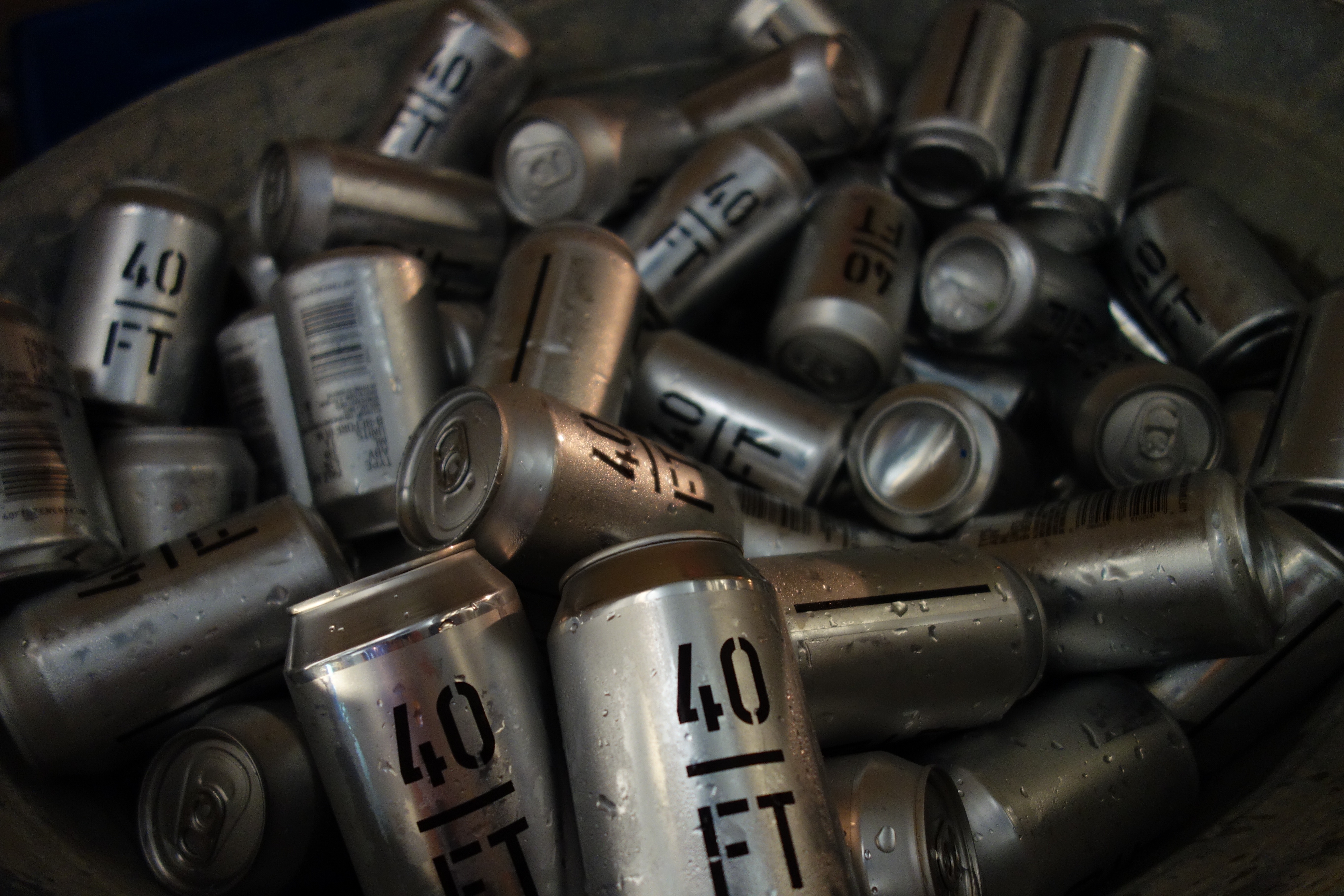 I was lucky to have worked with Amy on a panel submission for SXSW 2016 that – if we get in – will cover how online communities help British chefs thrive, featuring YBF co-founder Lily Vanilli, Kitty Fisher’s Tomos Parry (YBF Chef of the Year for 2014) and Michael Zee, co-creator of SymmetryBreakfast. So, I was excited to go and show my support for this wonderful event. More on SXSW after the programming announcement on Oct 23rd; fingers crossed.

Now in its fourth year, the YBFs is an annual event that seeks out and celebrates new, visionary talent in food & drink across the UK. This year’s awards, thanks to the support of Tate Food, again took place at Tate Britain.

A whole spectrum of entrants, shortlisters and winners from past and present came together to produce this phenomenal menu for the event; which was nothing short of a feast. 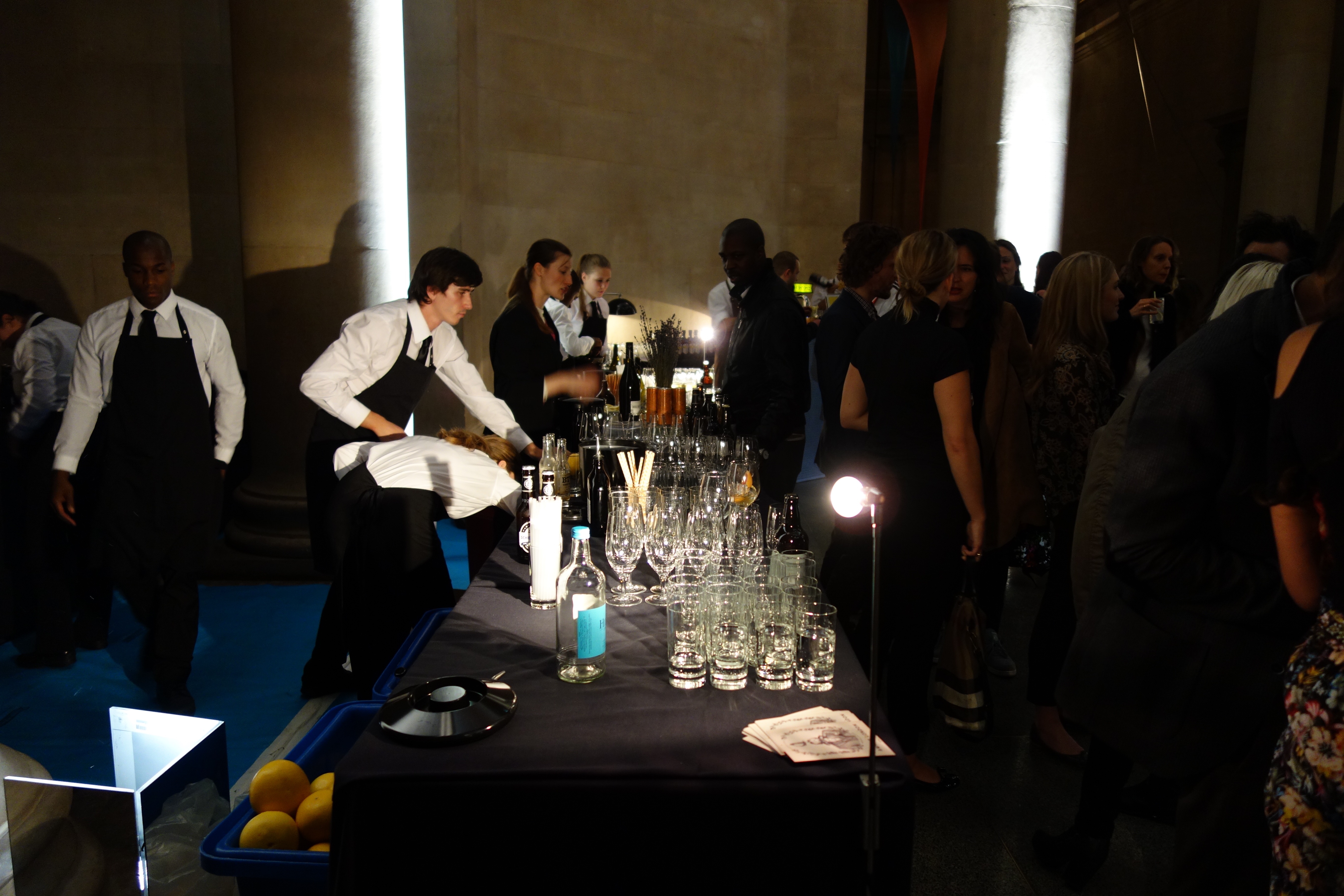 I was particularly taken with the Lust for Life cocktail below, made with 2013 Alcohol shortlister Kamm & Sons (a bittersweet botanical spirit distilled with ginseng, fresh grapefruit peels and manuka honey), the potatoes gnocchi with ham hock & truffle oil cream from Quinto/Quarto  and most of all, the award-winning scotch eggs from 2015 honorary category winner, The Cornwall Project. I’d urge you to look in the latter; which was set up to connect Cornish producers with restaurants and has invigorated the food trade in the area to great success.

In room two was the Tate Food Emporium; a wonderful show case of Tate Food’s producers and suppliers.The YBFs have partnered with Tate Food for the second year running, founded on what they call a ‘mutual passion for unearthing new talent and new tastes’. I have to admit, I wasn’t that aware of the Tate’s commitment to sourcing and sustainable British food & drink; so this was a wonderful opportunity to find out more. 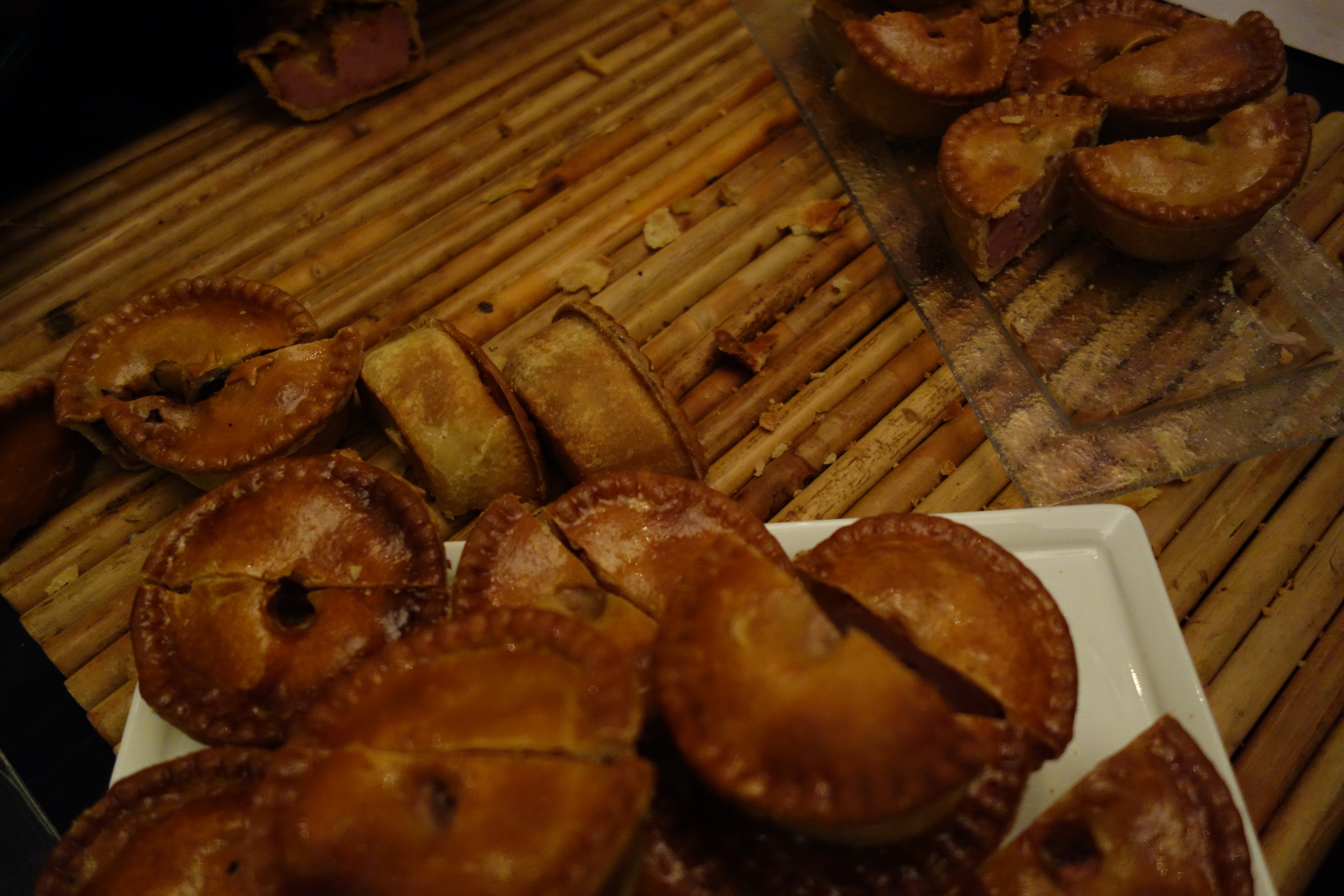 While I was there, I was fortunate to chat to John and Lee, founders of Farmison & Co, who specialise in Heritage British Rare & Native Meat. They lured me in with the delicious pork pies you see above, and the dazzling array of meat on display. Based in Ripon, North Yorkshire, they take great pride in the small quantities they received exclusively from many of their farmers and spoke with *such* passion. They provide meat to Tate Food, but you can also get in on the action with their Butchers Boxes here. At the same table, we tasted the best salmon I’ve ever had in my life, from Marrfish, a family business with a history of over 100 years in the fishing trade. 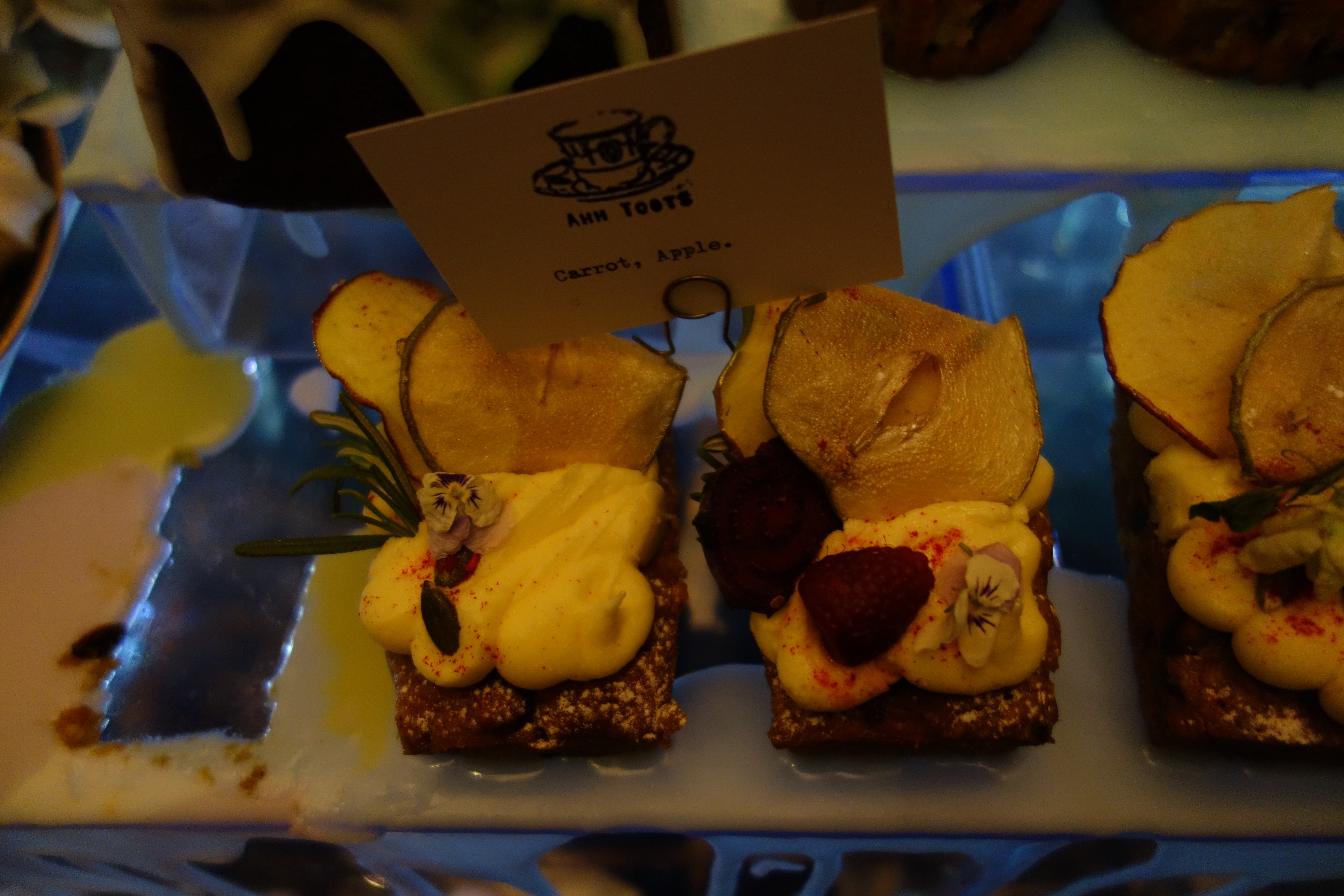 All of the shortlisted entrants can be found here. I was *so* impressed with the standards for 2015; last year I discovered one of the most exciting foodie companies on the past few years in the Robin Collective, who won the Experiential category, and I’m sure that this year it will be the same.

I had a bit of a moment when tasting Lucie Bennet’s dark chocolate cake (featured image above, and below), layered with Toscano 70% dark chocolate ganache and  topped with vanilla & chocolate crème diplomat served with sea salt caramel sauce – so at the moment, she’s my top tip to seek out. 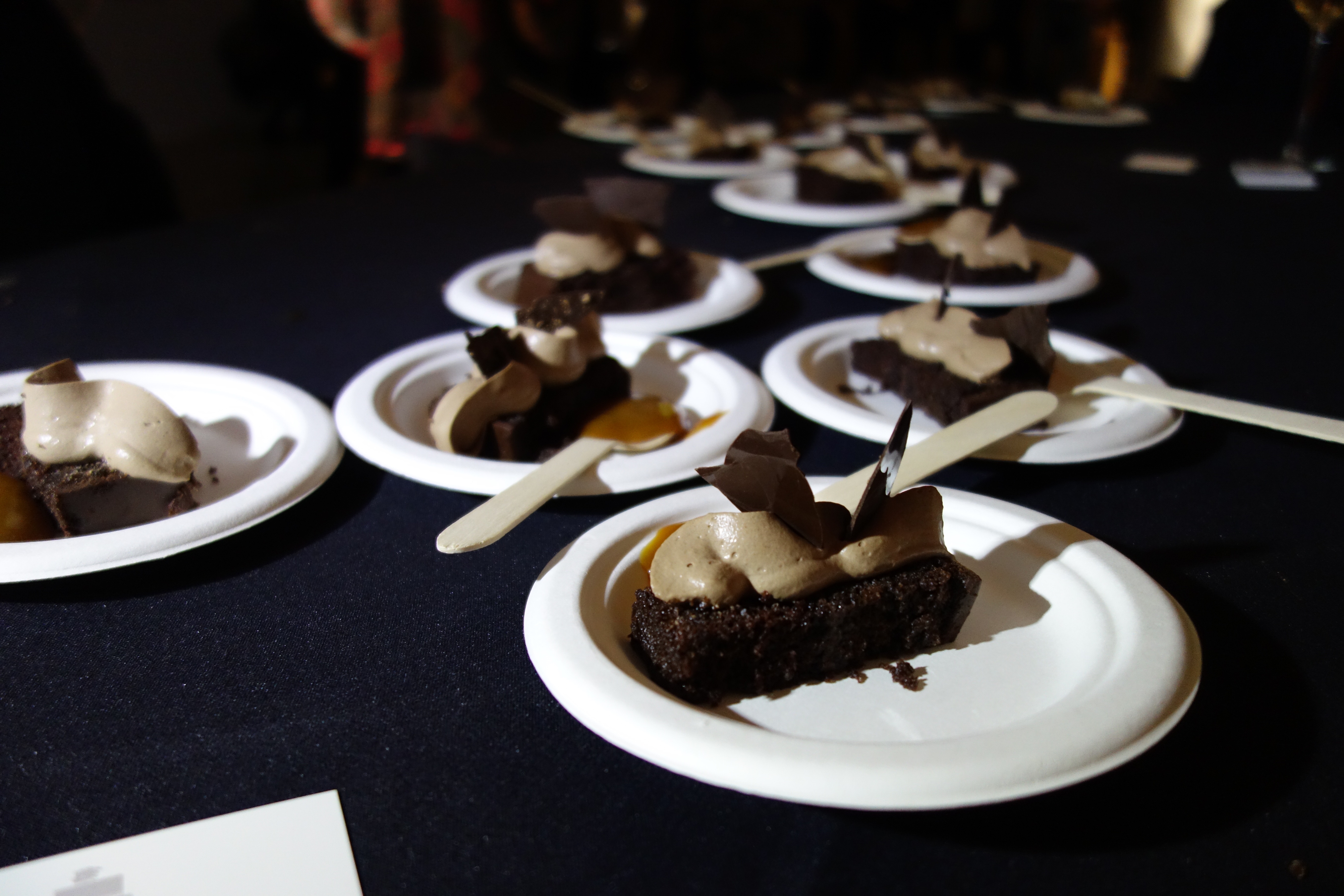 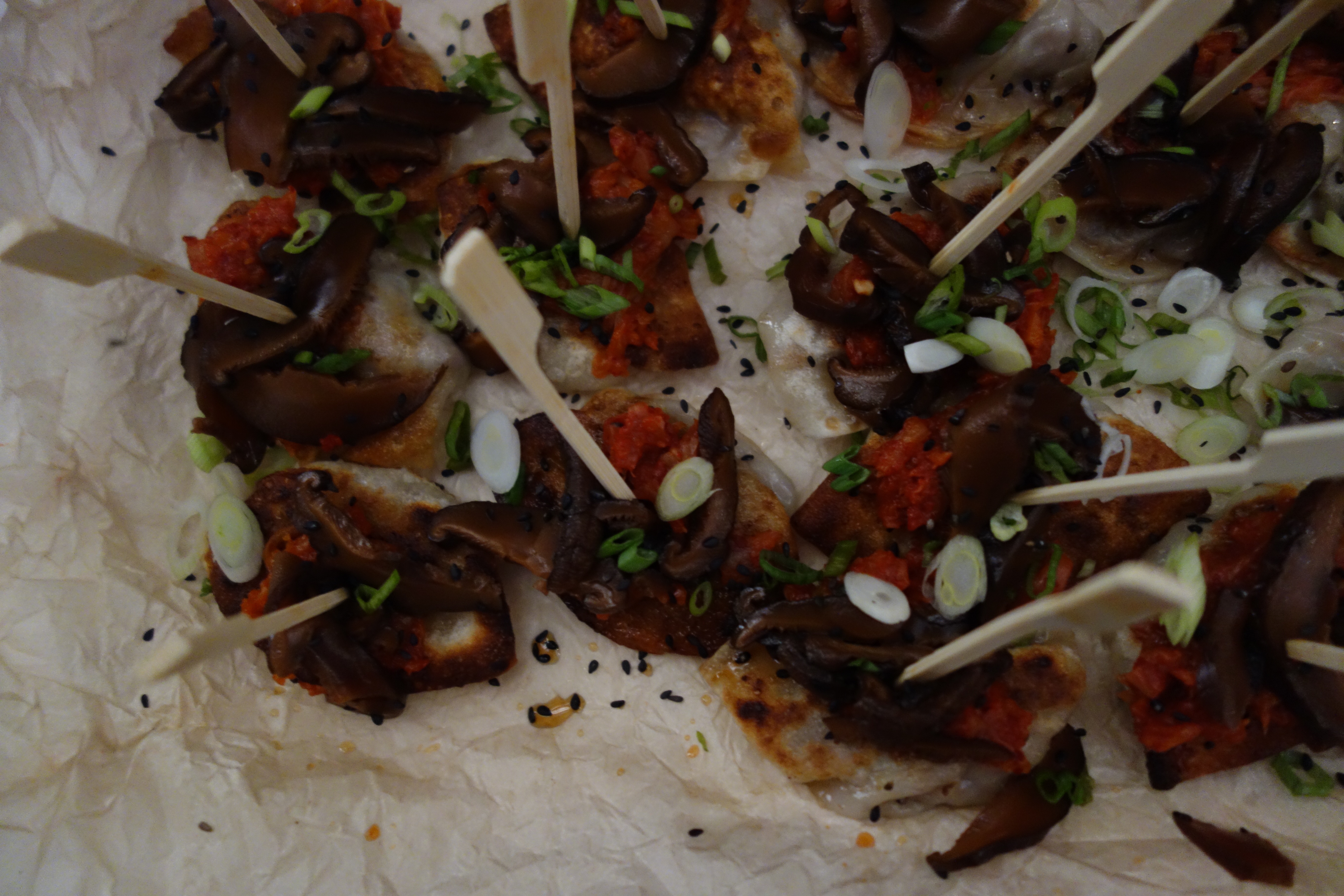