On FridayÂ I squeezed the very last drops out of my somewhat-big-enough-to-be-mentionableÂ birthday, with a trip to Borough Market for Celia Brooks’ gastrotour.

Starting at Hotel Chocolat’s Rabot 1575 (named after the company’sÂ 250-year-old Rabot Estate cocoa plantation in Saint Lucia) we were treated to welcome coffee and a history of the market, alongside some unusual cacao butter and pastries, plus some pretty significant brownies. I was amazed that Borough’s earliest reference in history was over 1,000 years ago – with potential links back to the Roman times. 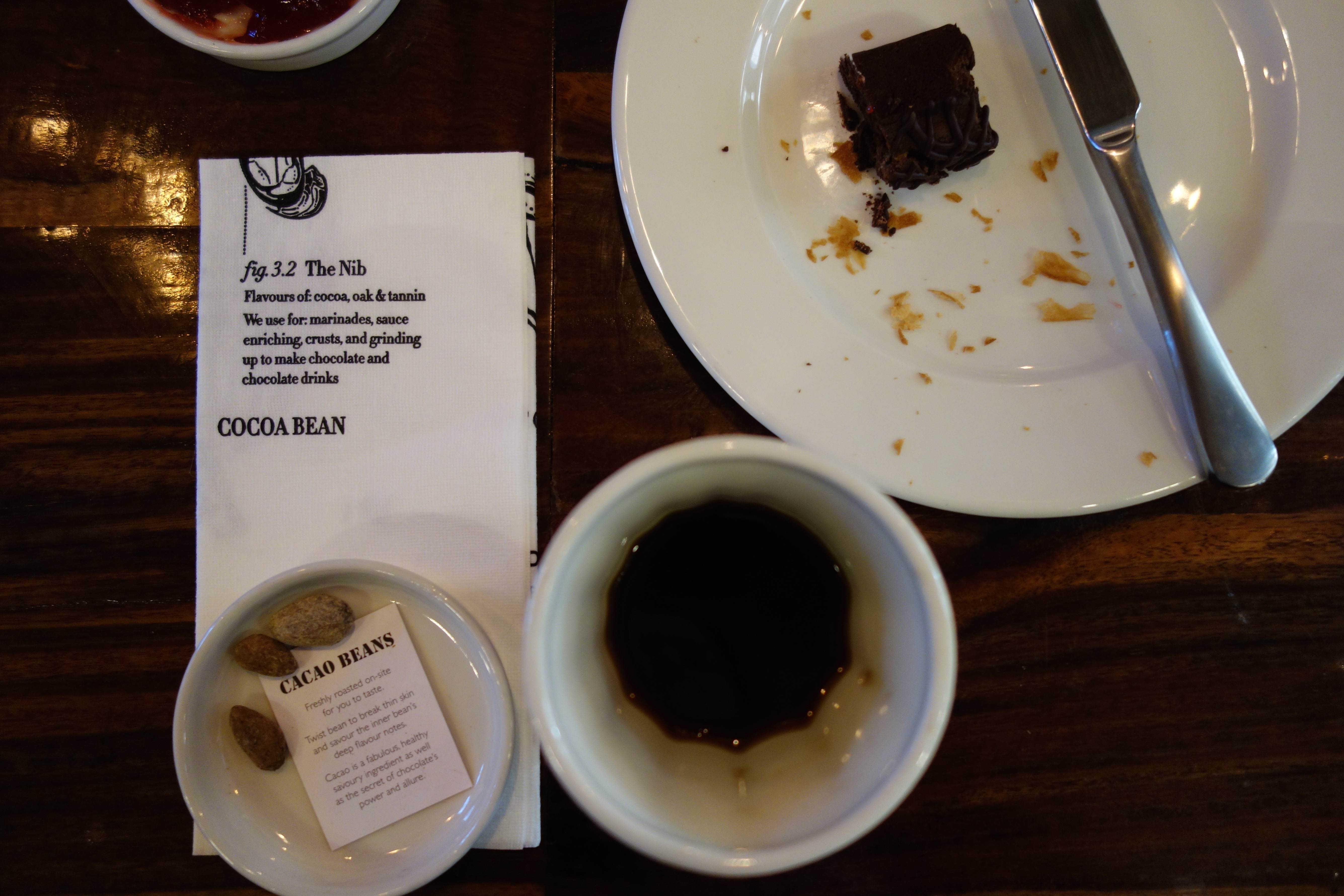 For the next three (and a bit) hours we zig zagged through, out and around the market – with Celia hand-selecting some of her favourites traders, and asking the group for favourites so she could add them to the list. A quick note about how wonderful a guide she was before I delve in to the food. Tours are *all* about how good the host is, and she was genuinely lovely, gave us the inside knowledge about which bits to focus on, the producer’s stories, and totallyÂ made the day really special.

We started with sea urchins at Furness Fish & Game, which I wasn’t quite brave enough to stomach at 10.30am, but everyone seemed pleased with. I amused myselfÂ with the monkfish/langoustine instead… 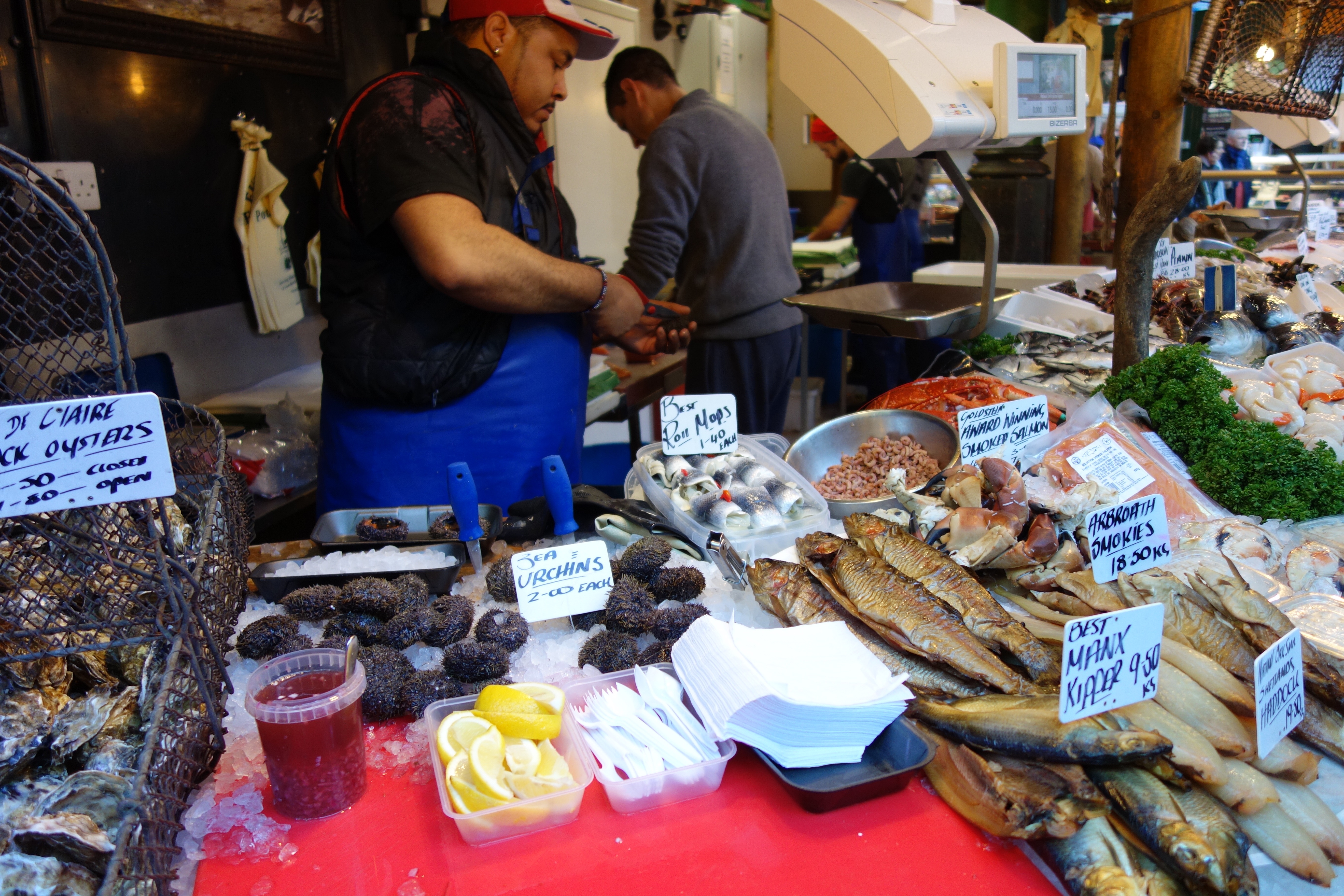 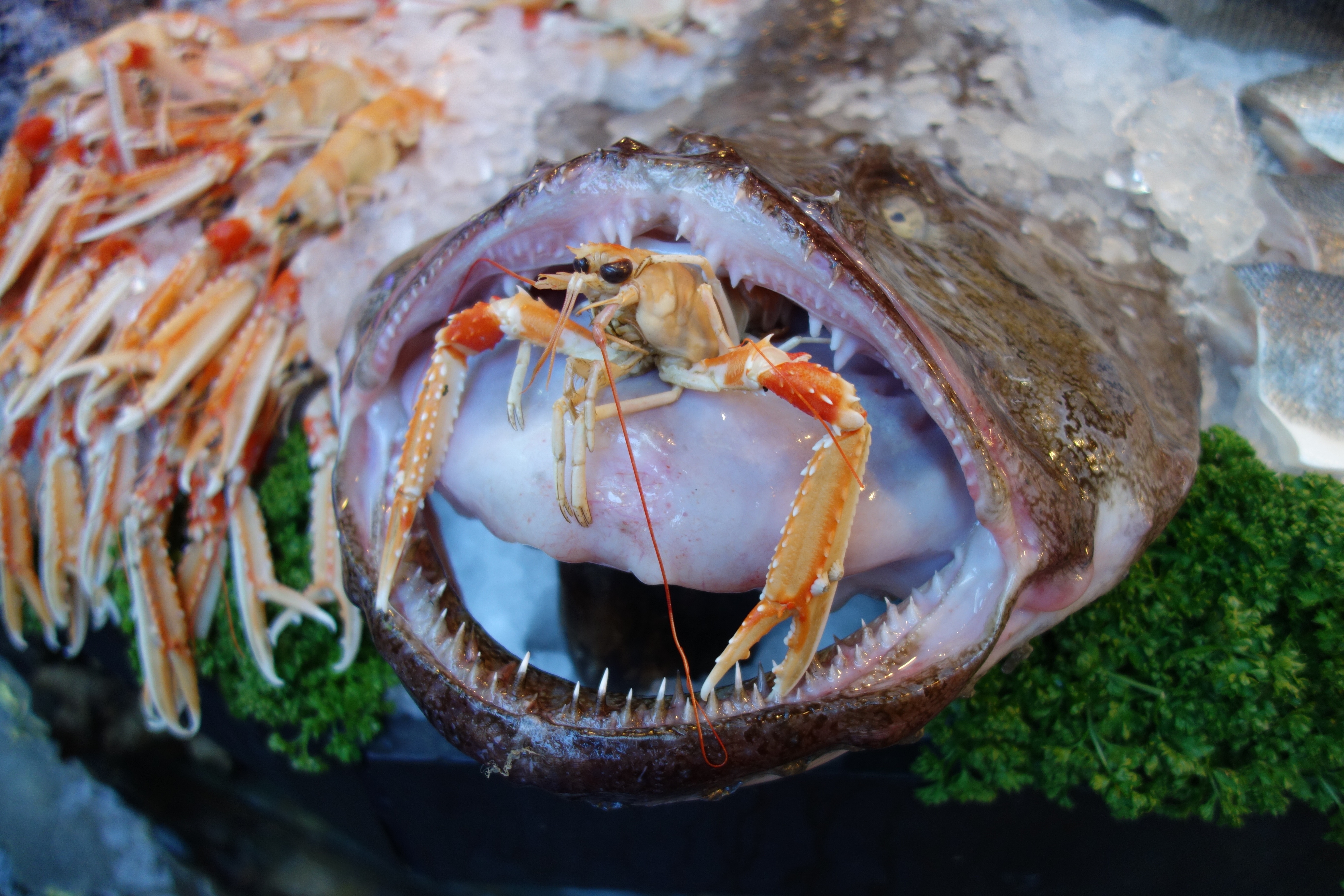 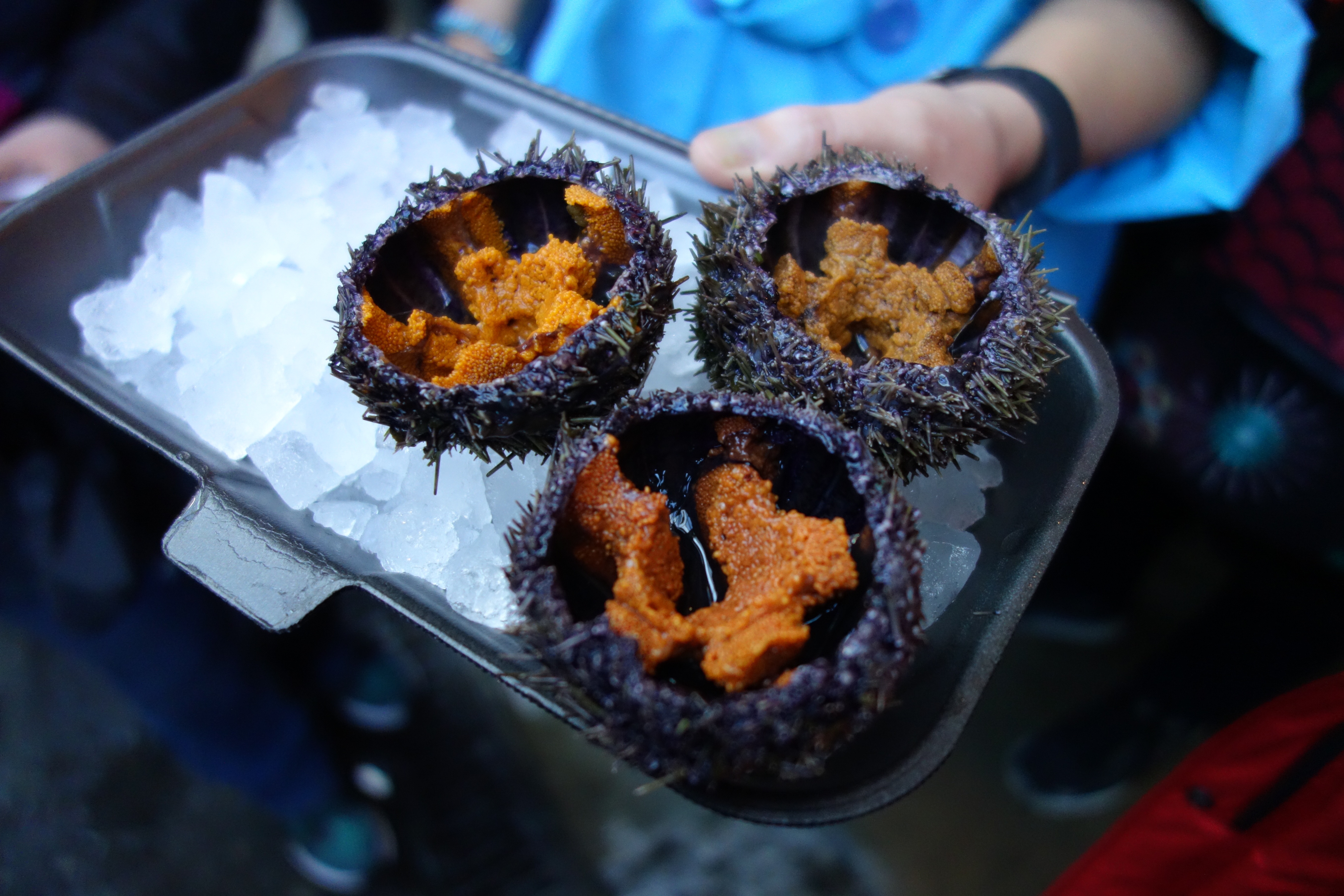 Following a shot of wheatgrass (GAH), and a chaser of ginger (YUM), we went to La Tua pasta, for the first of my highlights of the day. I kept it simple for the first try, and had theÂ Basil, Mozzarella & Italian Tomato tortelloni – which was stunning – then went to the other end of the scale with a crab and black squid ink version for round two. The family run business moved to a permanent stall in the market in 2013, and they make some of the best pasta I’ve ever tasted. It also freezes really well, and only takes one extra minute to cook from frozen. 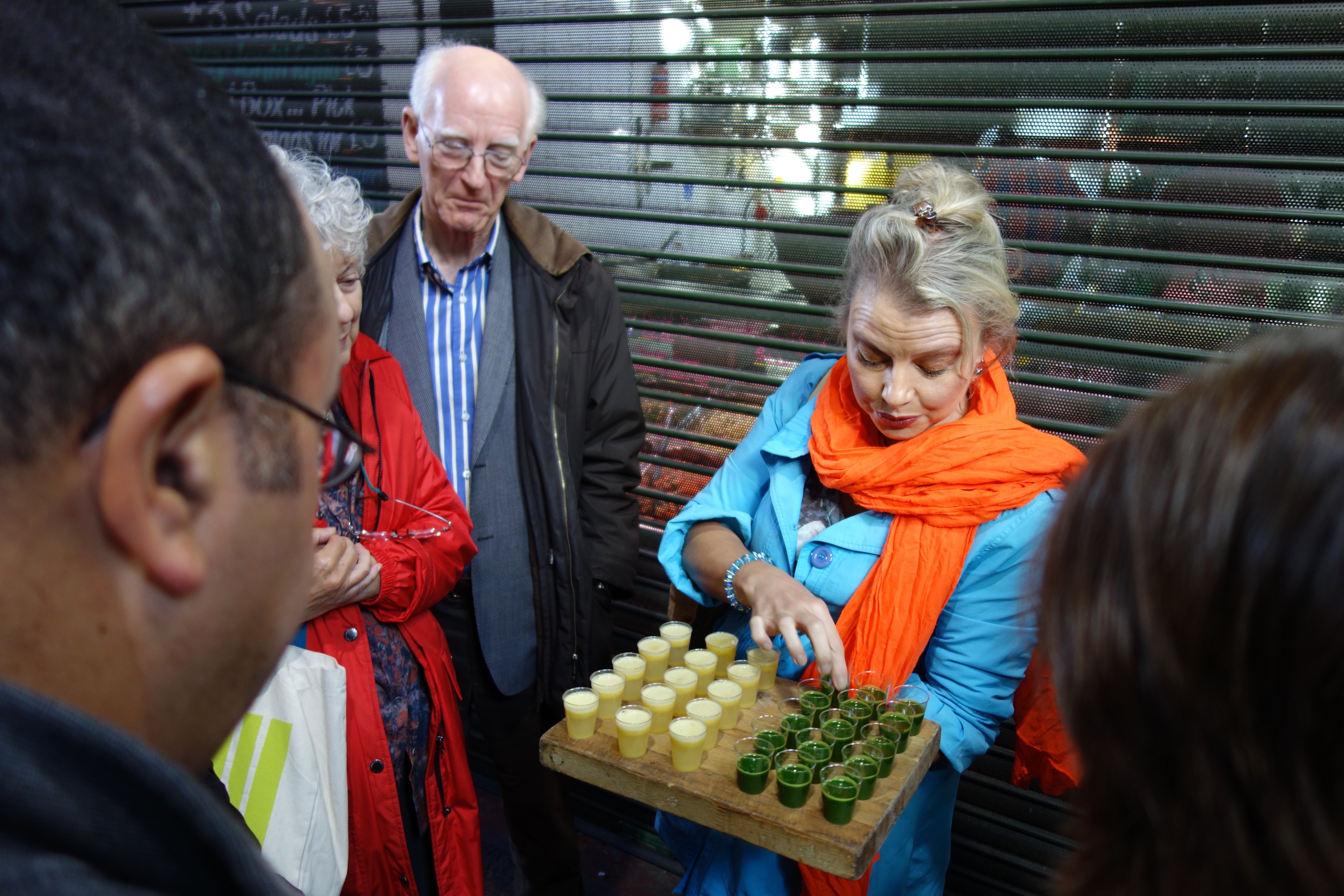 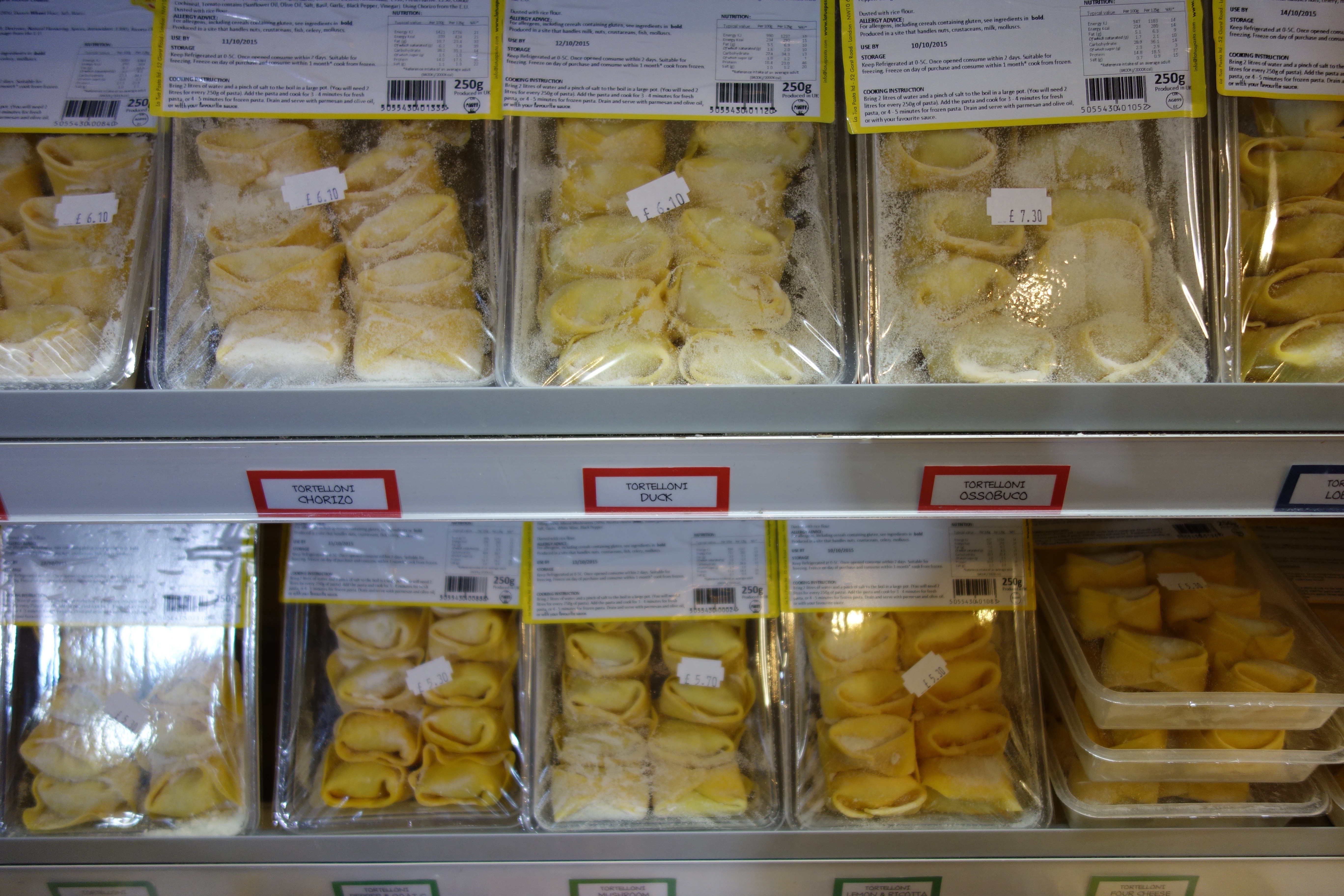 Celia told us earlier in the day about the rejuvenation of the market back in 1998 due to a handful of key traders taking up residency there. So after wagyu beef and cider, we went to one, which wasÂ my second highlight of the day – Brindisa. We started with someÂ Canarejal Cremoso Cheese (which when you leave it out of the fridge it ‘melts’ enough to form its own little fondue), which is perfect with the miniÂ Picos de Pan Breadsticks they sell there. Then we hadÂ some phenomenal serrano ham, then five-year aged iberico – which was melt in the mouth, and packed full of flavour. I’m totally up for going back for their popularÂ ‘ham school’ – an introduction to Brindisa’s charcuterie by the master carvers at Borough Market, plus Spanish wine tastings and a go at carving for yourself. 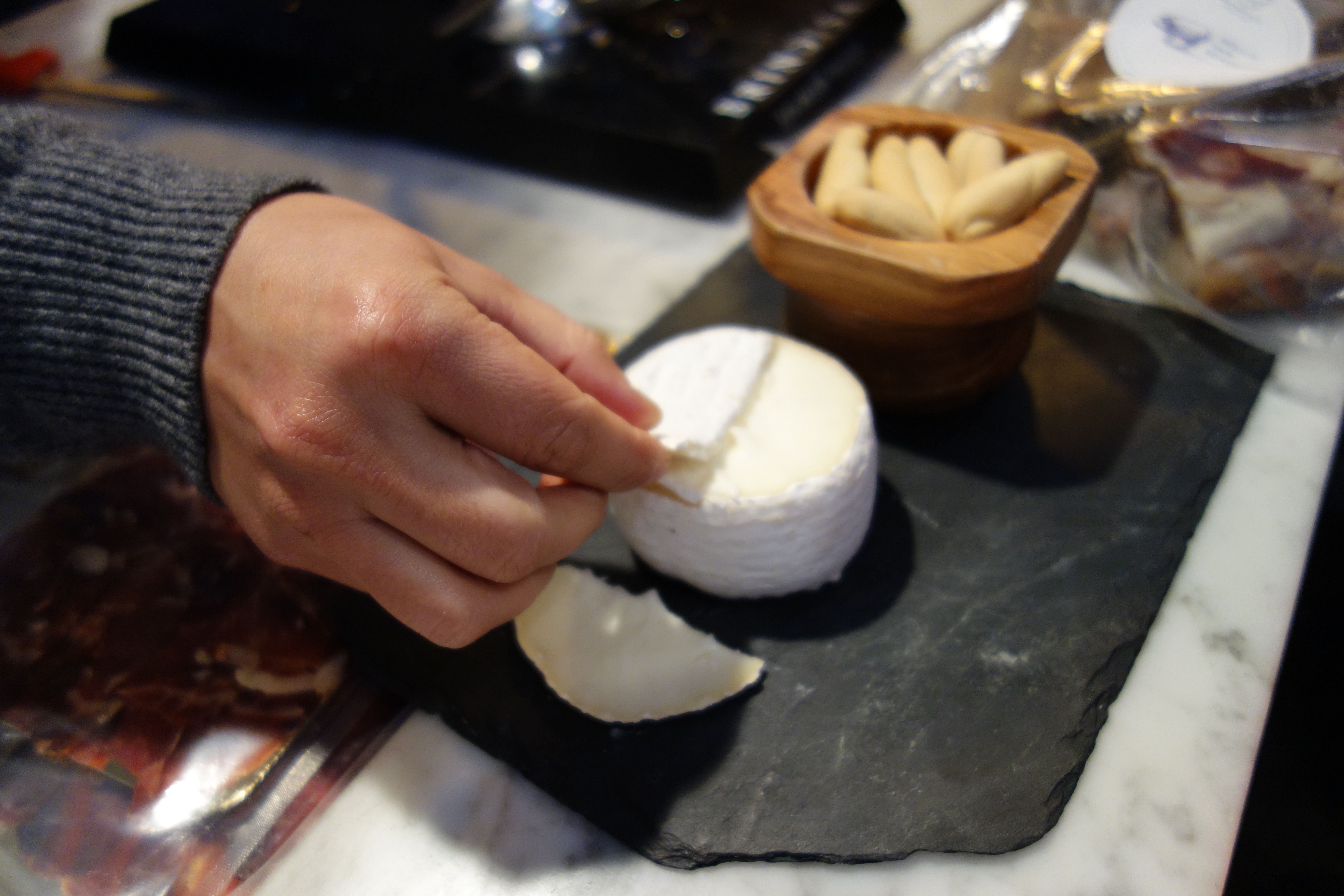 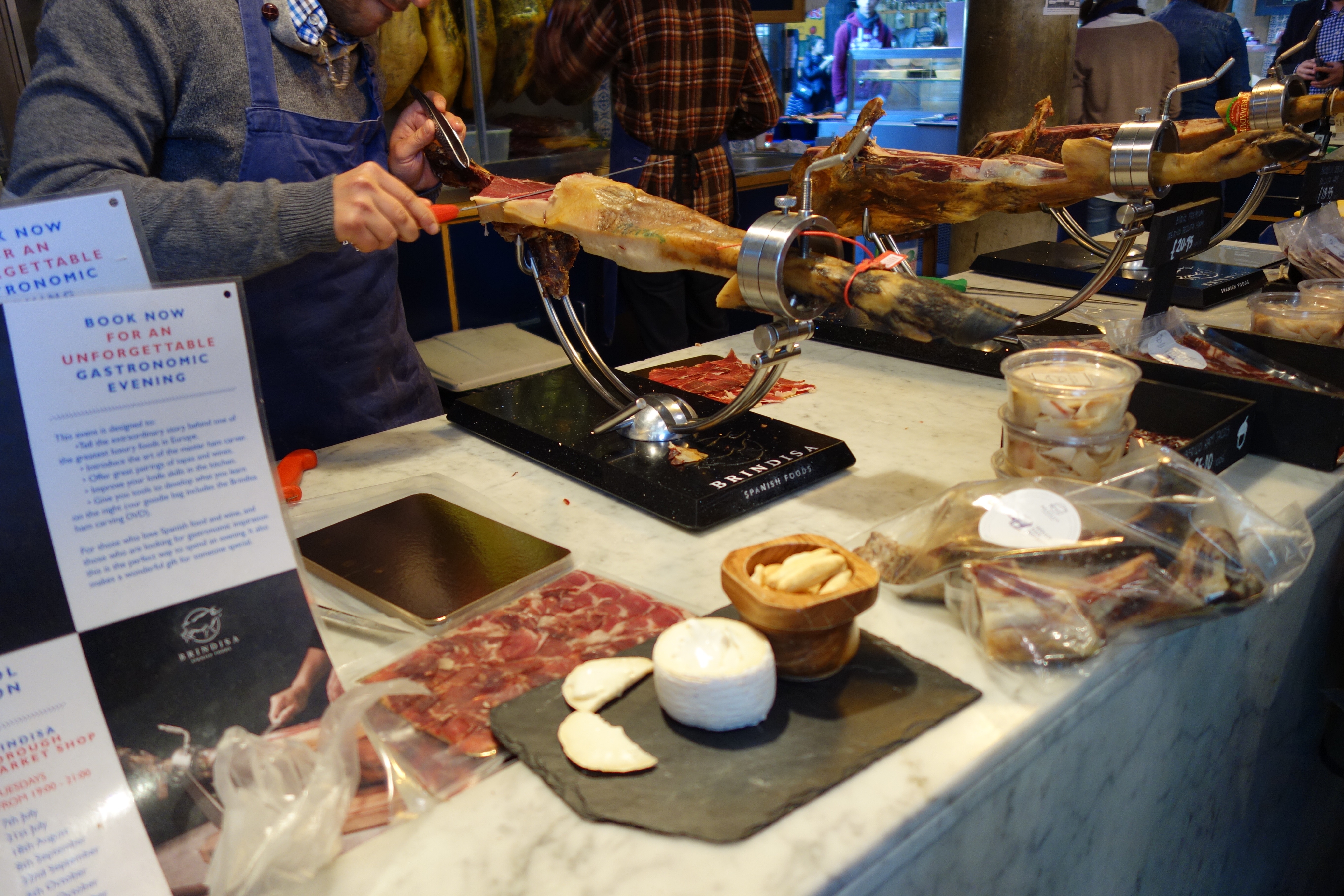 Then we stopped at Shell Seekers for some freshly cooked hand-collected scallops from the coast of Devon, fried in a matter of minutes and served simply with lemon, which were amazing. Then some equally fantastic meats from Northfield Farm. 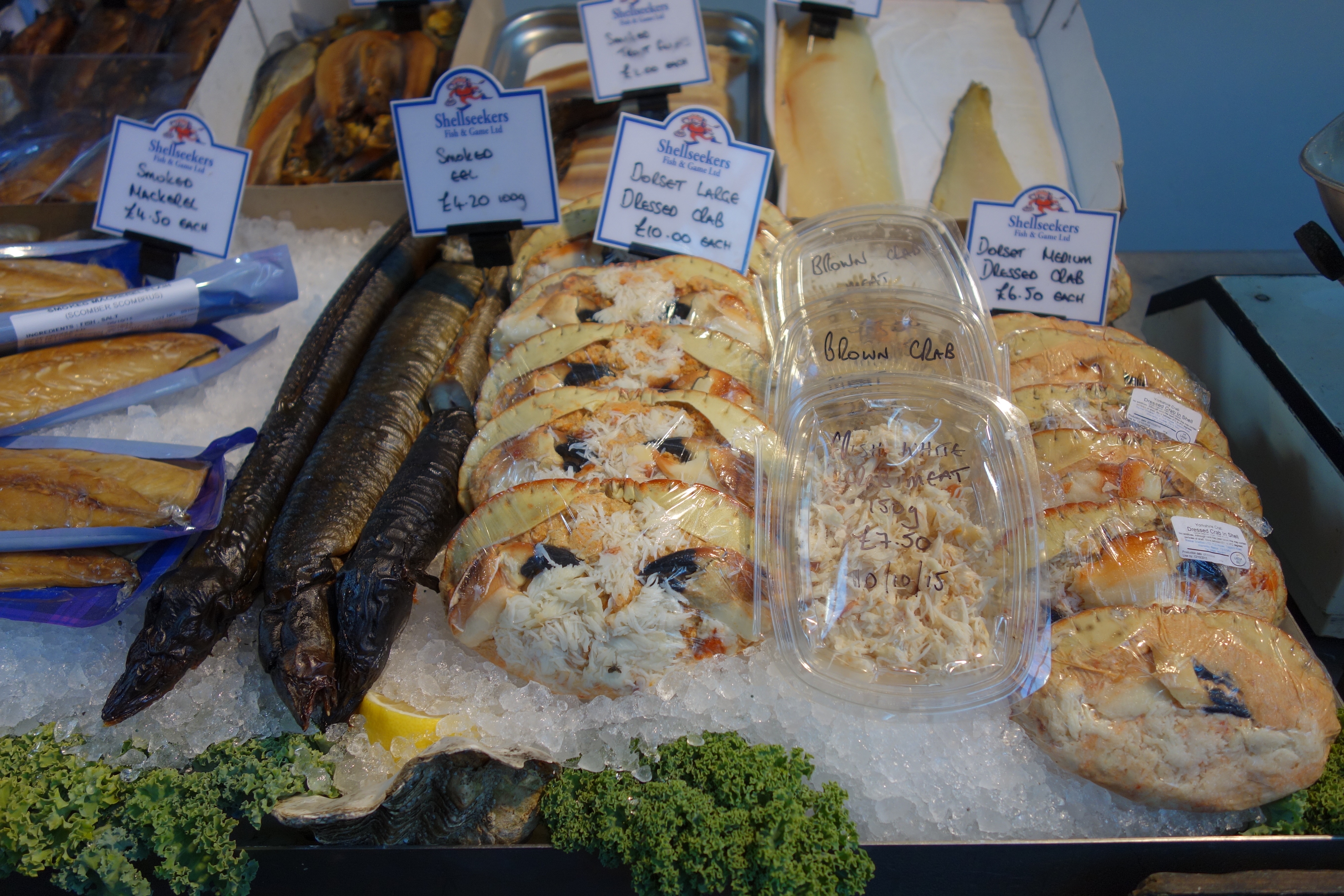 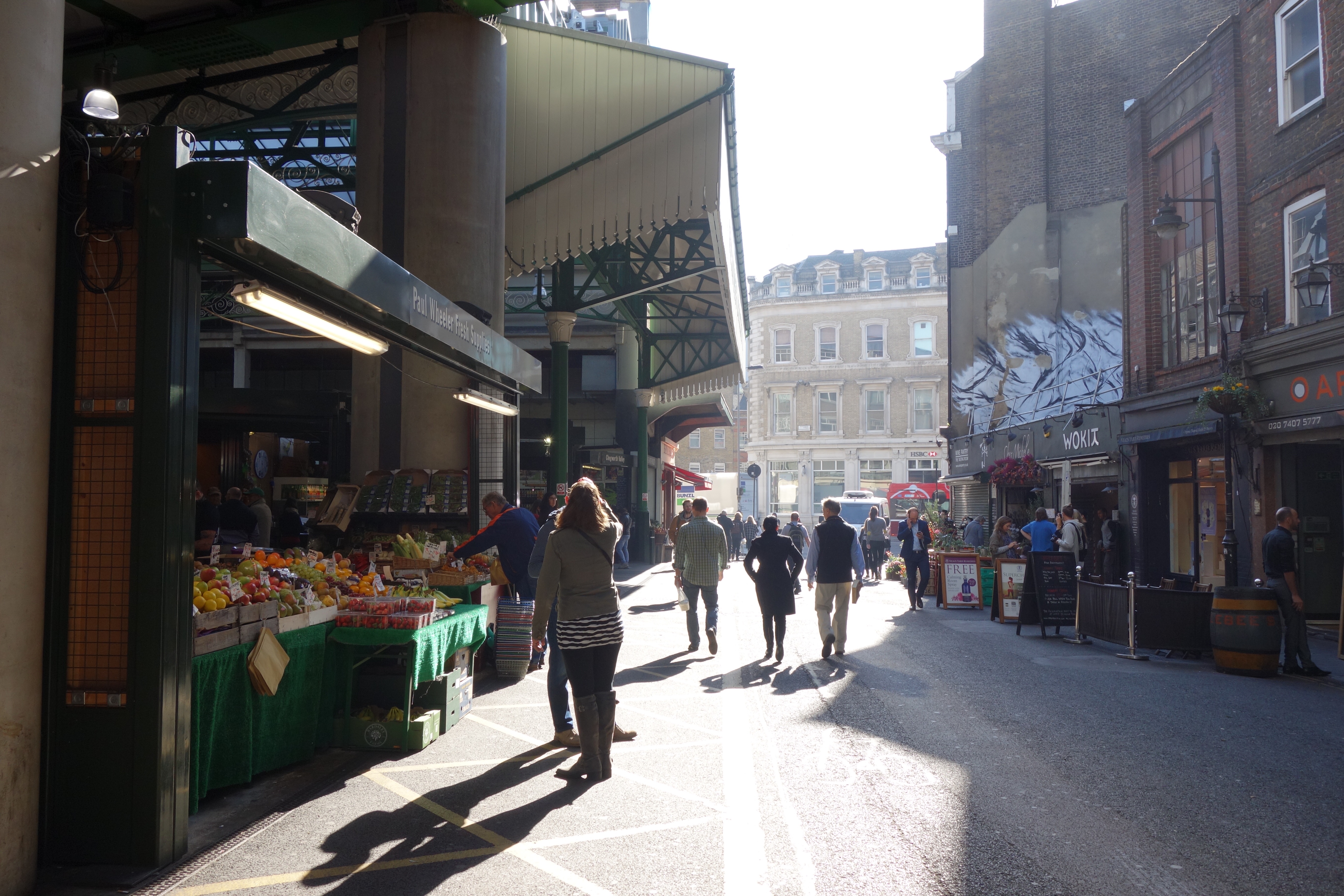 However, find three of the day was Khanom Krok’s cocount pancakes. The stall is named after the dish itself; tiny little custardy sweet treats, which are an authentic Thai street food and were brought to Borough market byÂ husband & wife team, Worawan & Michael. These were probably my favourite items of the day; and were so unusual, but such a delight. 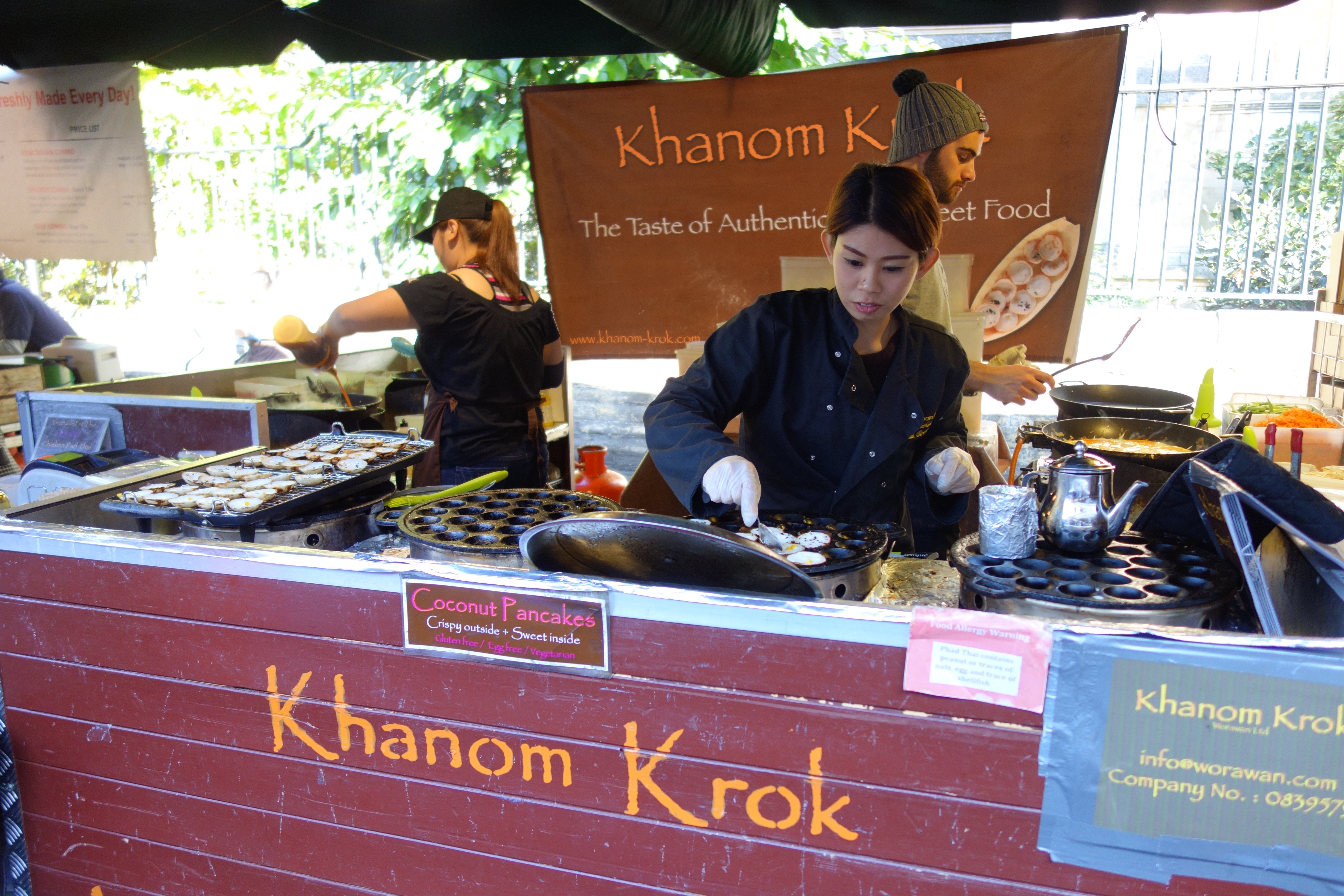 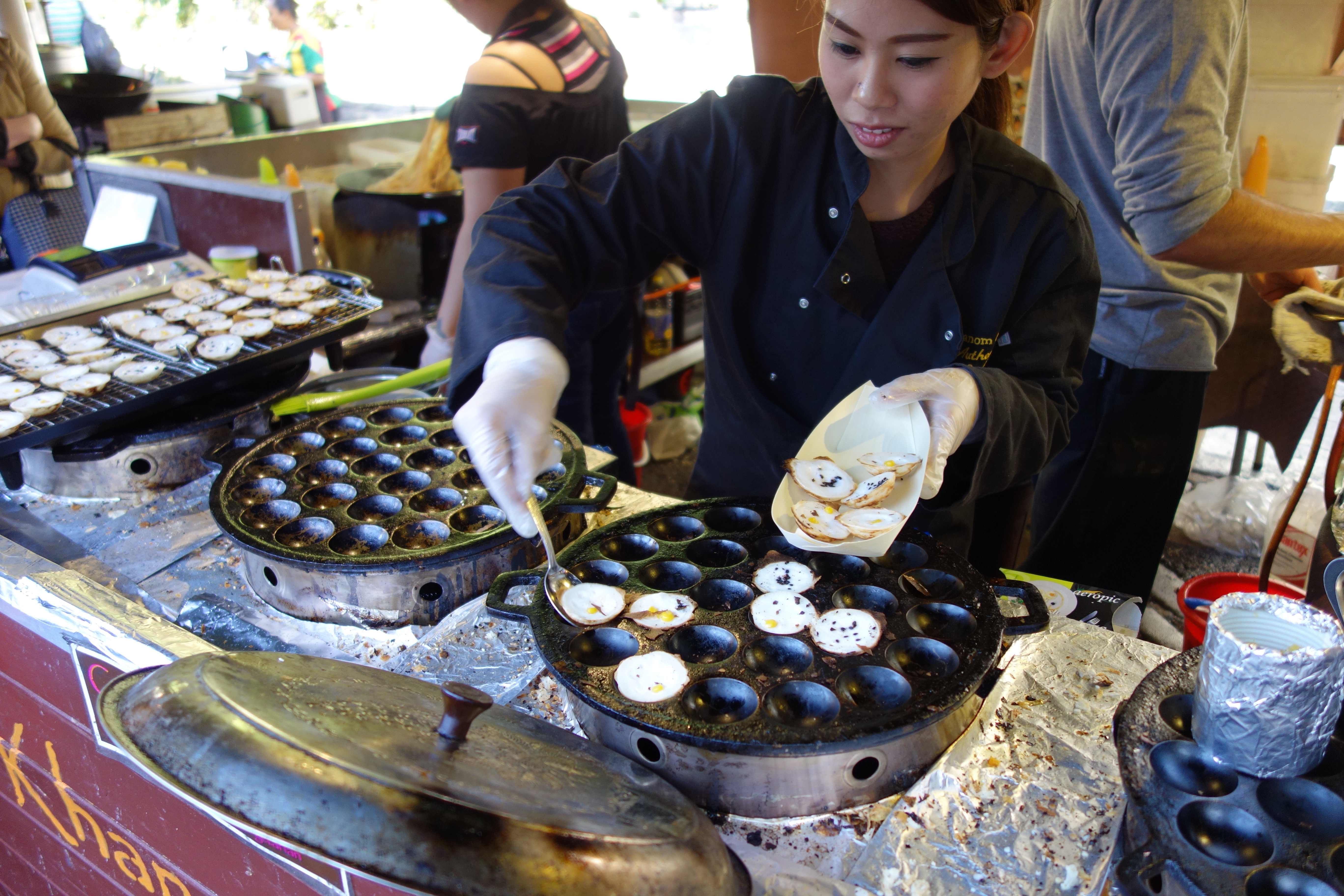 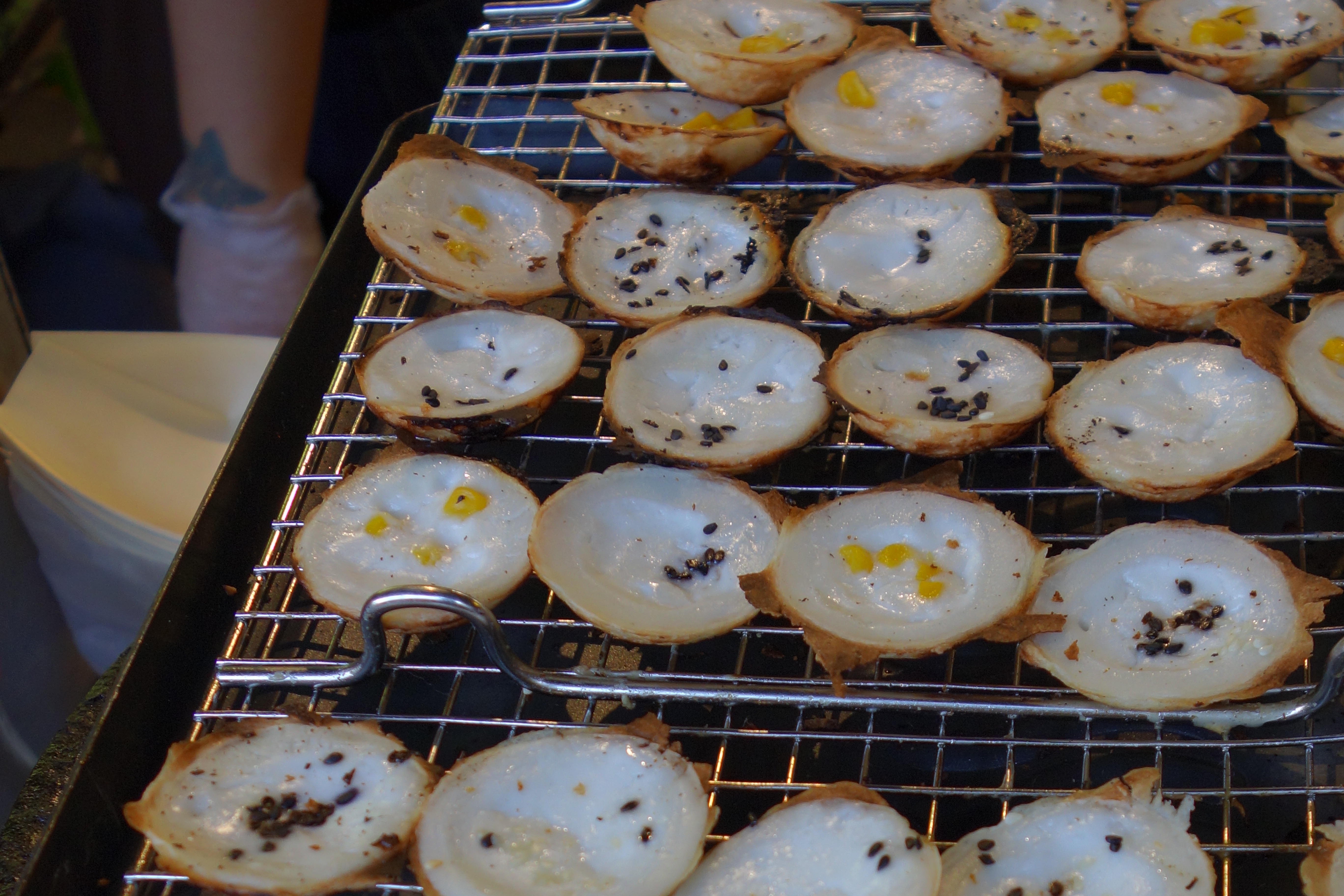 Highlight four was also sweet; a passion fruit and white chocolate liquorice fromÂ Lucas Giuliani at Sweet Roots. Who knew chocolate and liquorice would go so well? I urge you to go and explore; since I’d never seen a place with such a wide range of flavours and styles before. 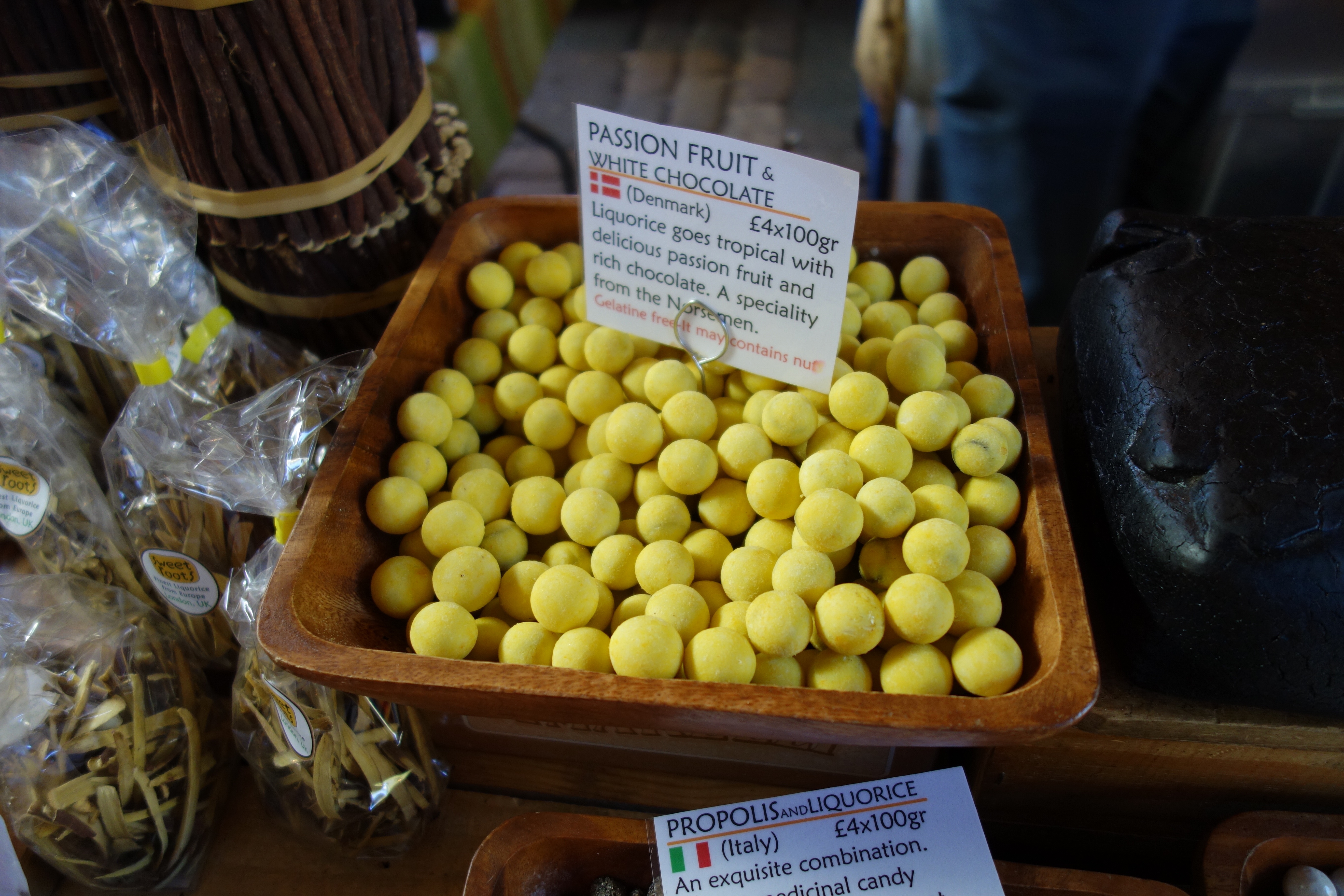 We then stopped for an arranged tasting at Bedales (which Celia informed us was the infamous restaurant that Colin Firth threw Hugh Grant through the window of in Bridget Jones: The Edge of Reason, and her apartment is just opposite). Sitting downstairs, it was clear that this was a hidden gem. We were given a fabulous introduction toÂ our two bottles, alongside a wine and cheese platter to share. 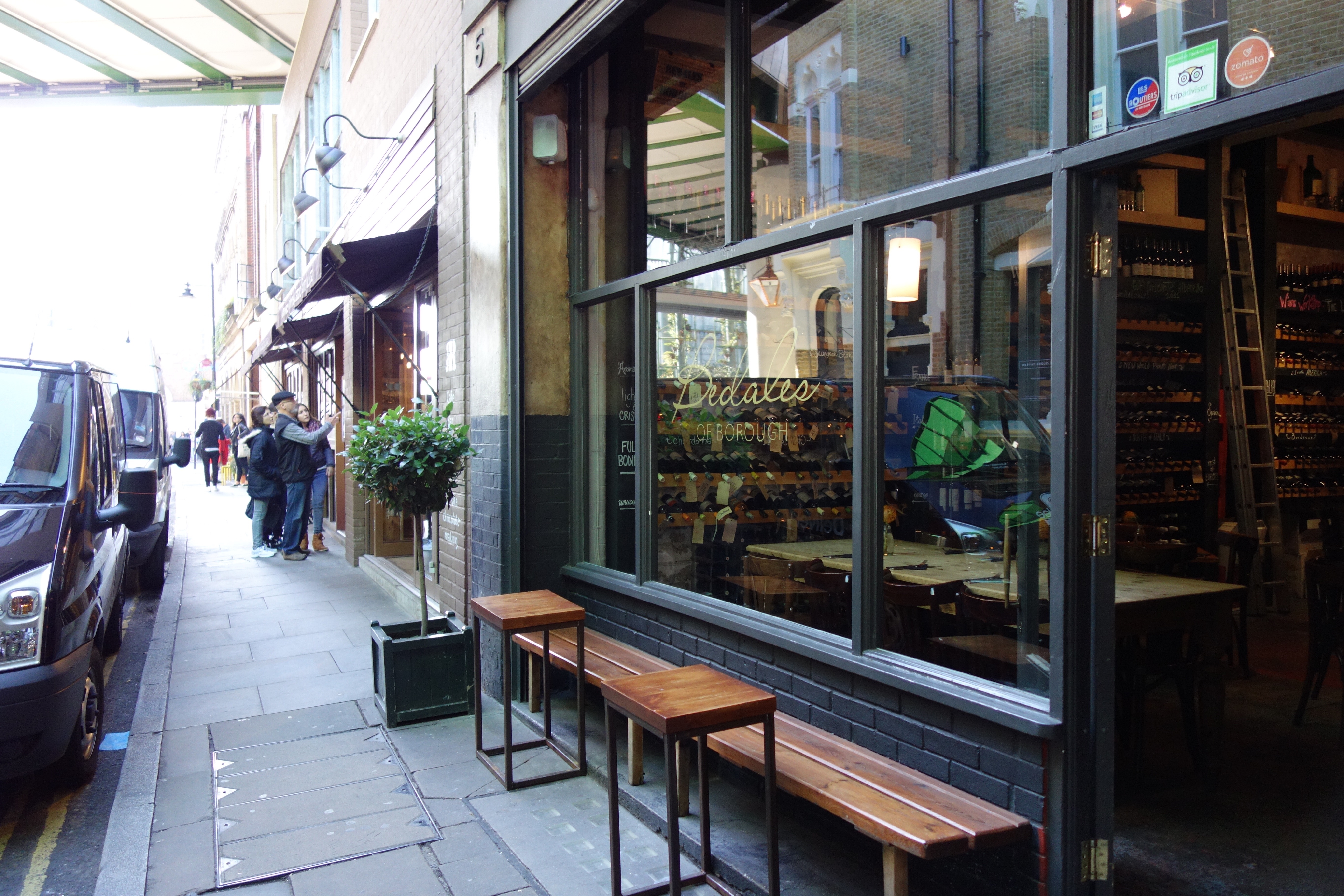 After a few final stops on the way to our lastÂ arranged tasting (Gouda from Mons Cheesemongers, the famous Bread Ahead stall and finally some crazy-good mustard from Fitz Fine Foods, not to mention the apples from Chegworth Valley below), we got to my final highlight of the day at The Wine Pantry; which stocks only English wines. The rose and fizz we tasted were good, but the absolute winner for me was the white; theÂ 2011 Tenterden Estate Bacchus, from Chapel Down winery at Tenterden in Kent. It was similar to a Sancerre; and honestly, it was beautiful. 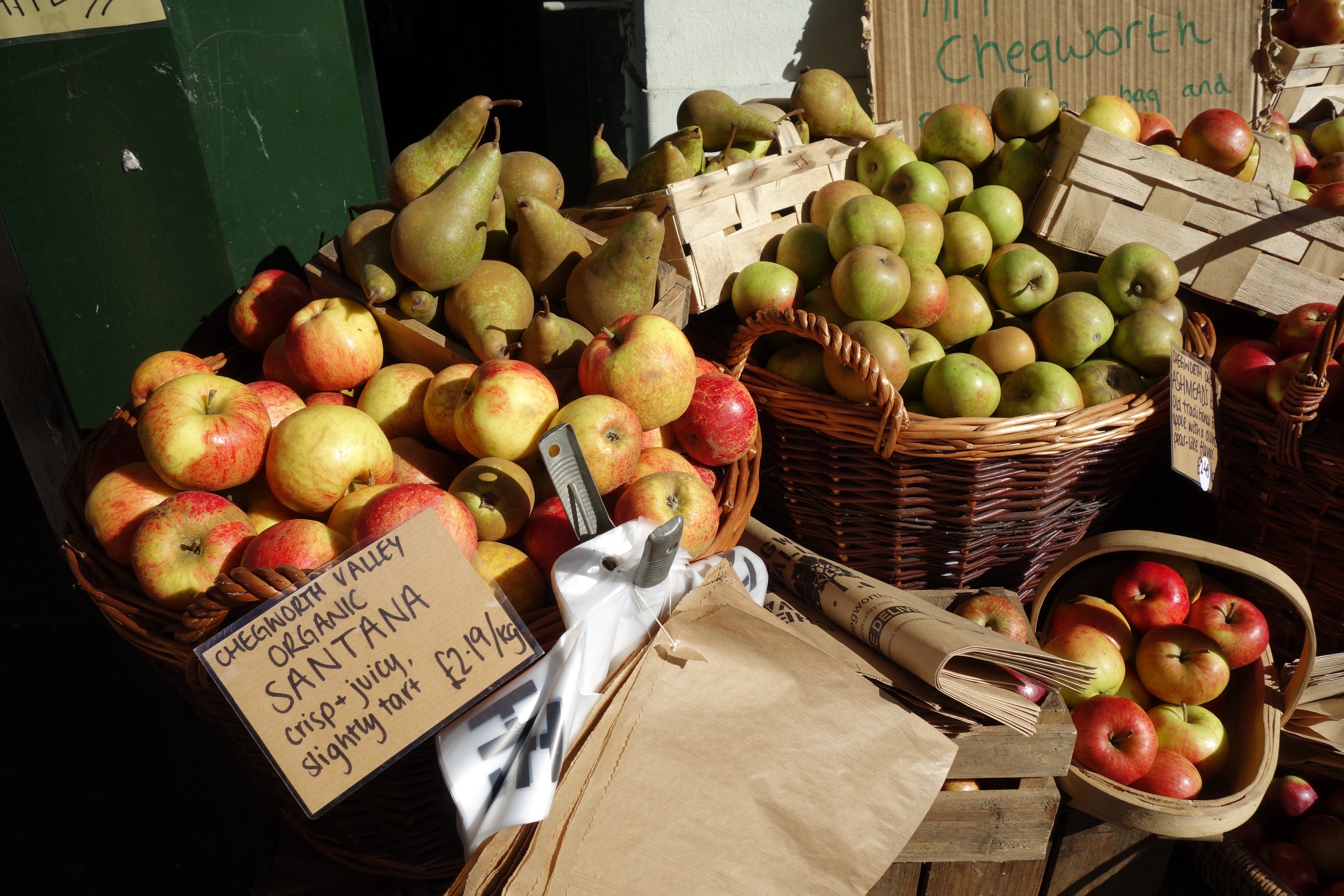 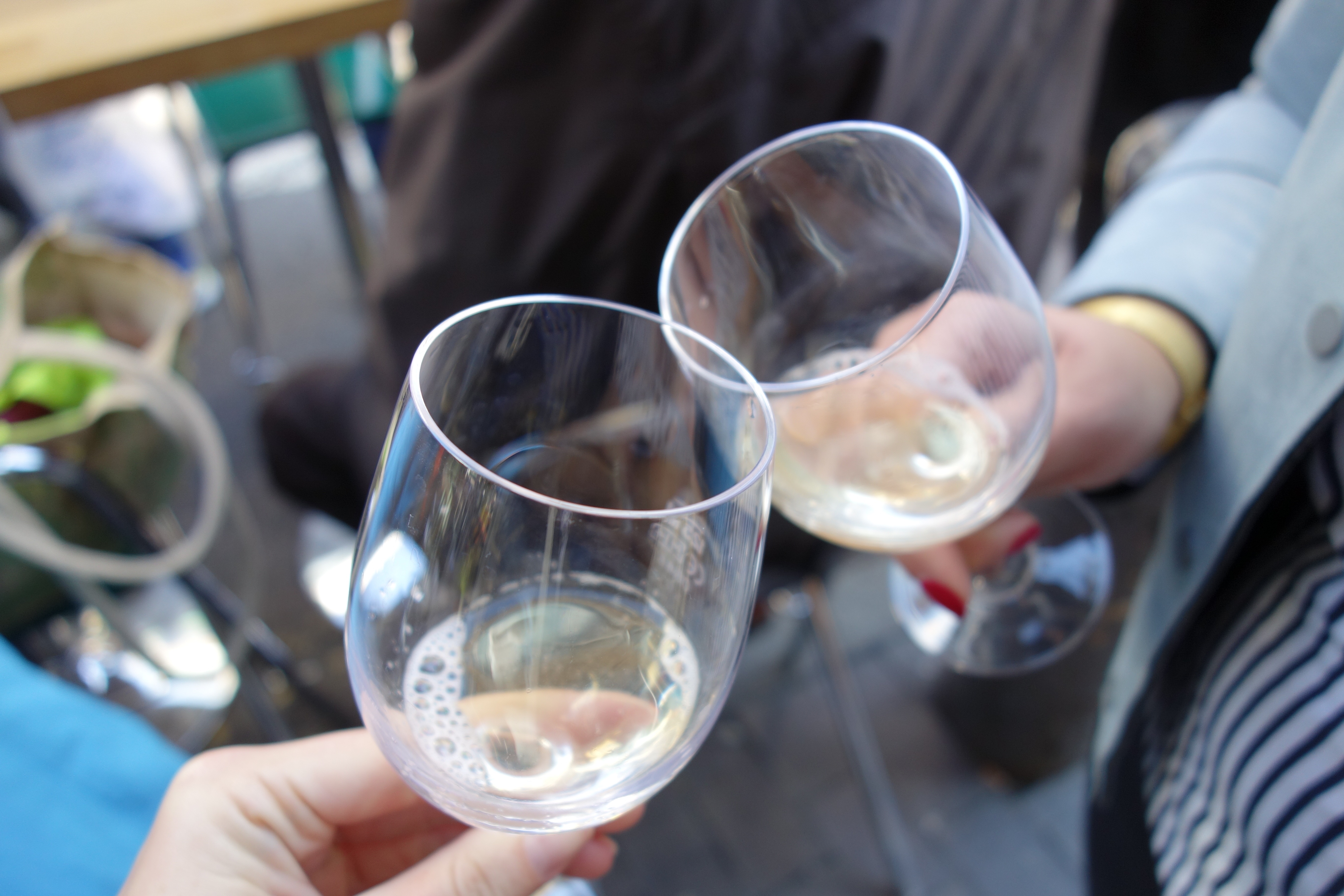 Such an amazing day; couldn’t recommend it highly enough! Celia does a whole range of other gastotours as well; check them all out here.

5 responses to “A Borough Market gastrotour with Celia Brooks”