I knew you could grow chilli in the UK, first because of Wahaca’s seed packets (because if you couldn’t, why would they give them away in such abundance?!) – and then because my Mum grew some in her garden last year.

However, I had NO idea of the sheer number of varieties you could get to flourish here!

As you’ll have seen earlier this week; I was in Salcombe last weekend – and in almost every shop in town, you could buy chutneys and jams from the South Devon Chilli Farm. Given it was on the way back, we stopped in to take a look. 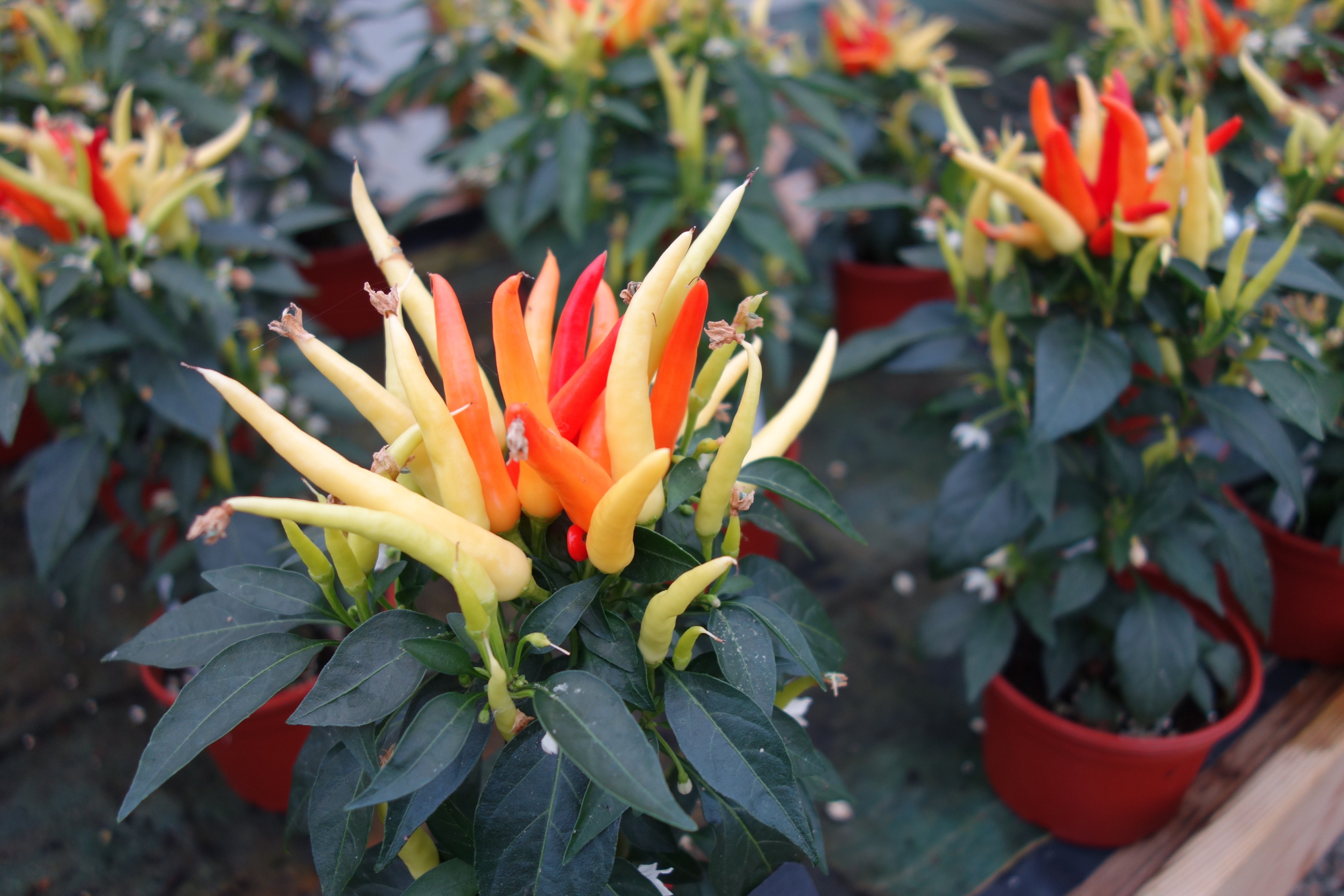 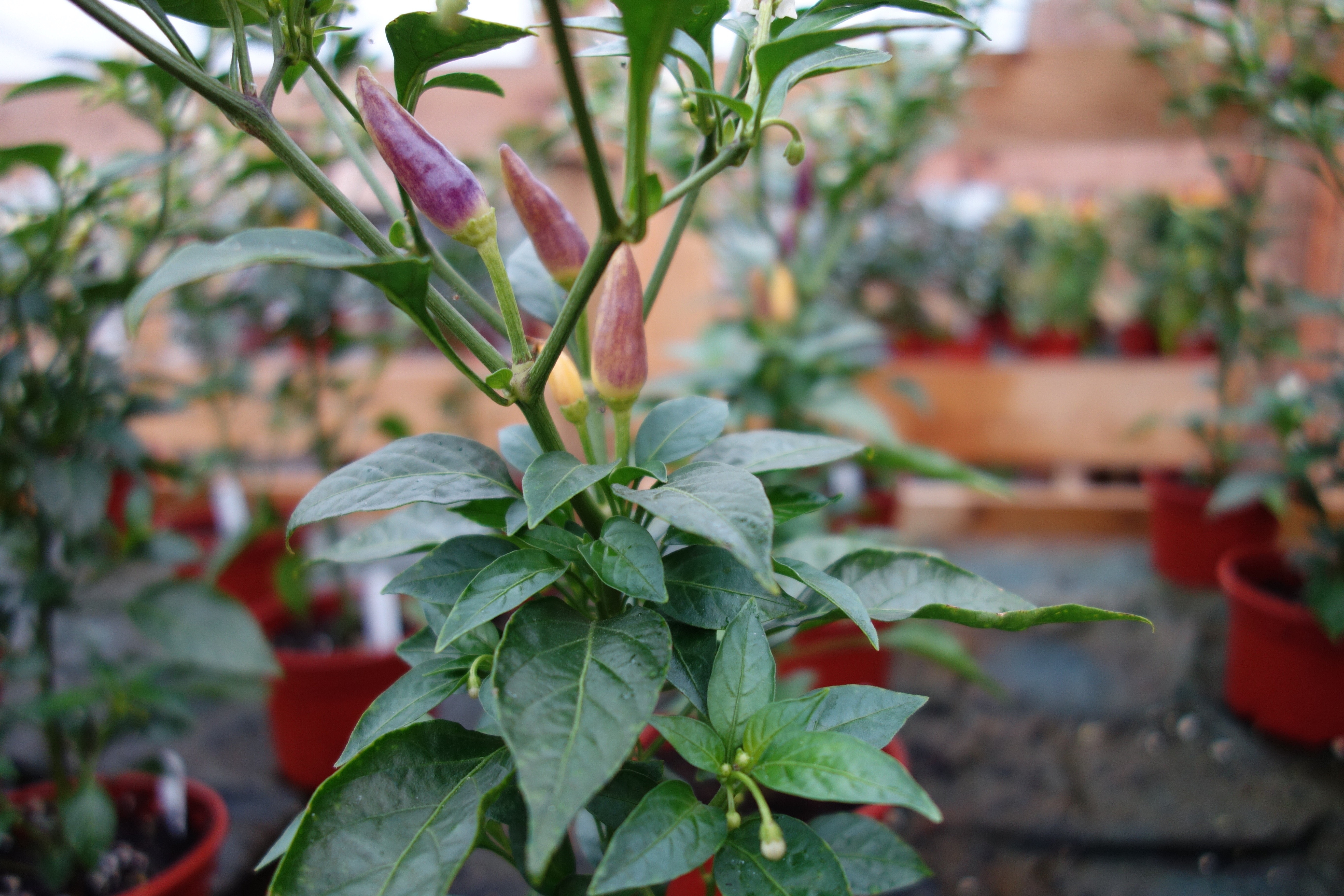 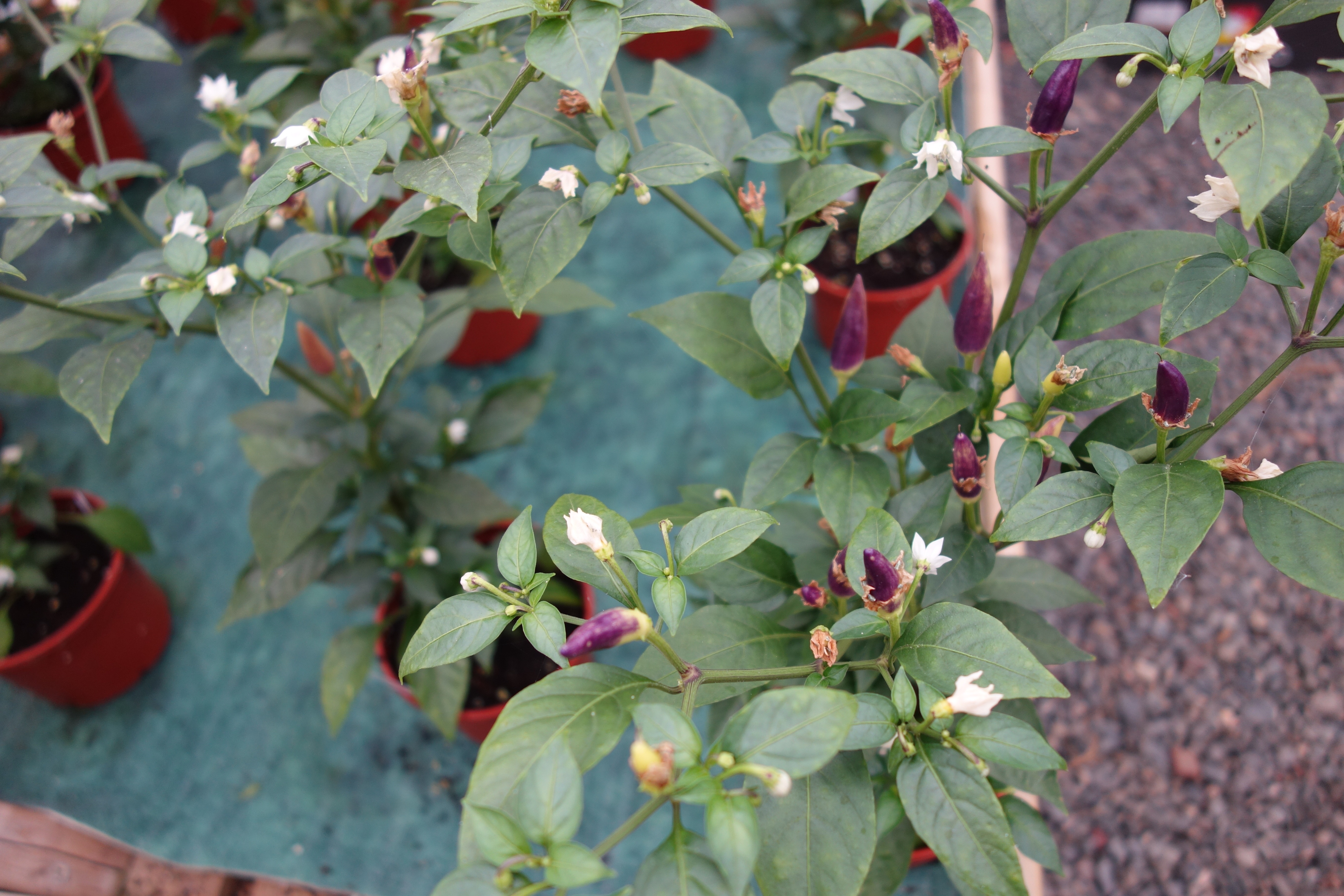 AfterÂ growing chillies as a hobby in their back gardens when they moved from the city to rural Devon way back in the late 1990s, the owners then had the chance to rent their first polytunnel in 2001. They had more chillies than they knew what to do with, but luckily enough farmers markets had started to become popular and they got a great response when they sold them there.

In 2005, they boughtÂ 10 acres of farmland, then built aÂ large barn to house a production kitchen and a storage facility for the huge number of jars & bottles they were starting to get through each month.

They then added six polytunnels; one as a plant nursery, four as production tunnels and one as a display show tunnel (which you can see below). The show tunnel has a fantastic display of around 200 chilli varieties with all sorts of chilli fruit shapes, sizes and colours. 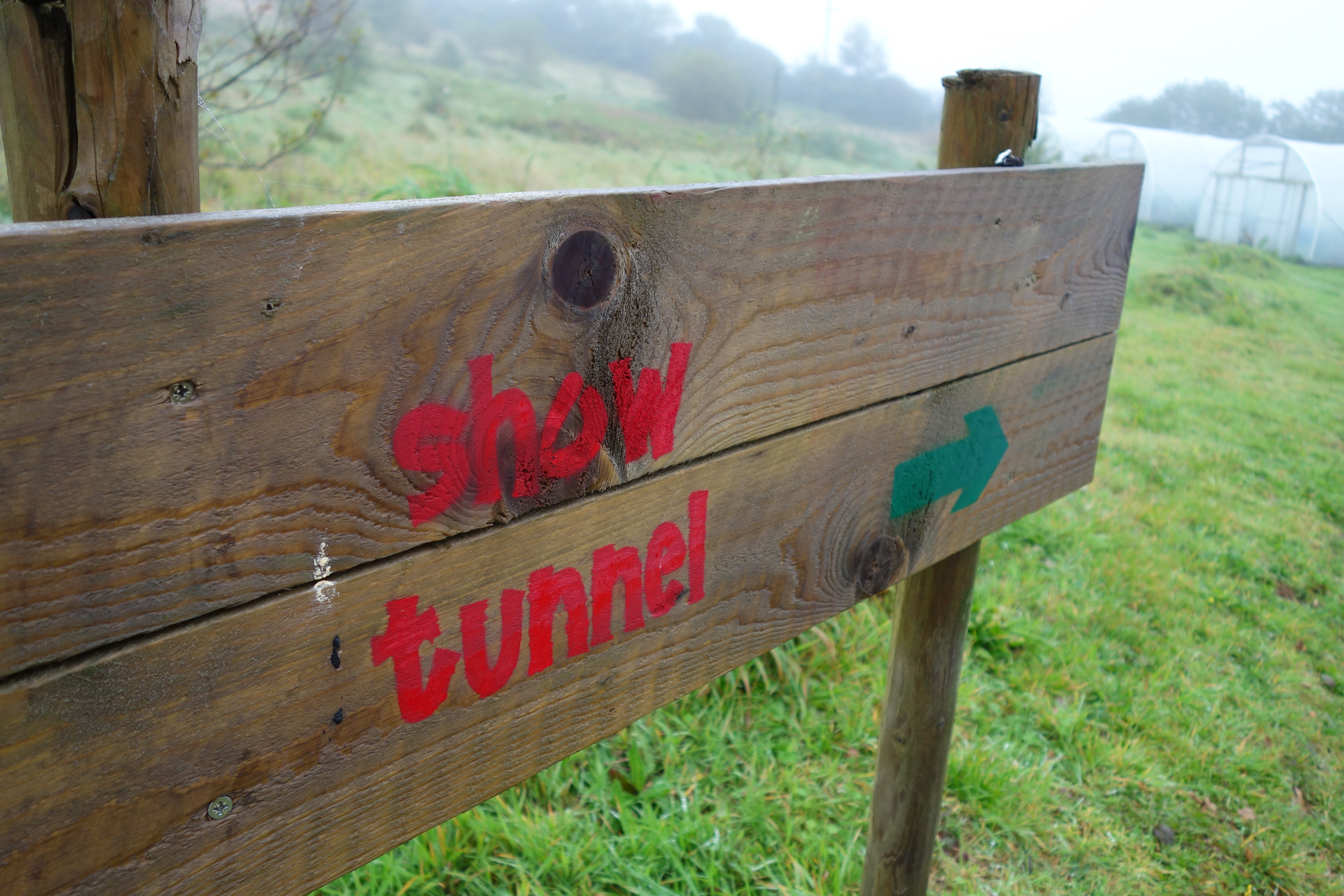 In 2011, six long years after they had moved in, there were enough funds to extend the barn – and theyÂ built theÂ farm shop and cafe. 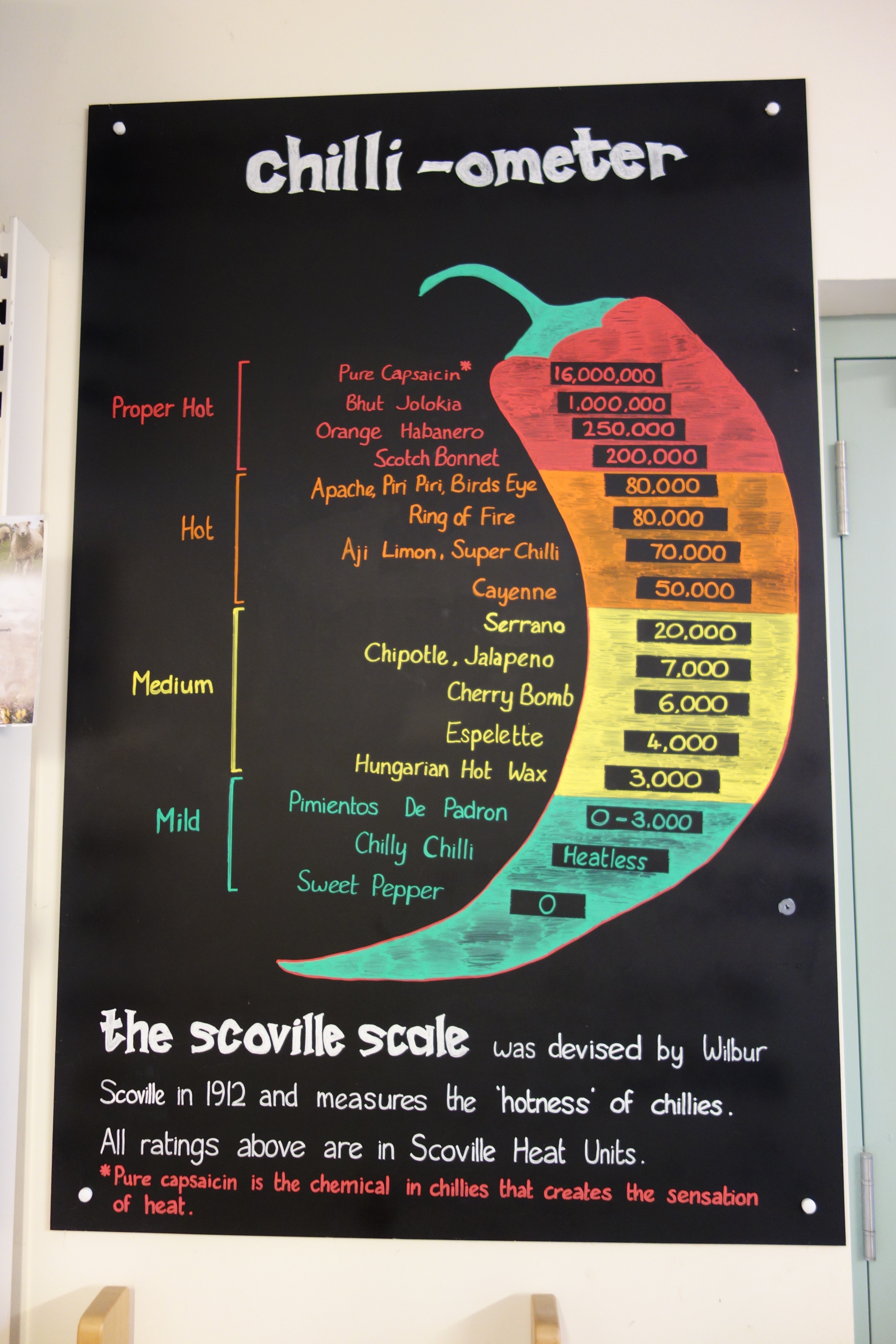 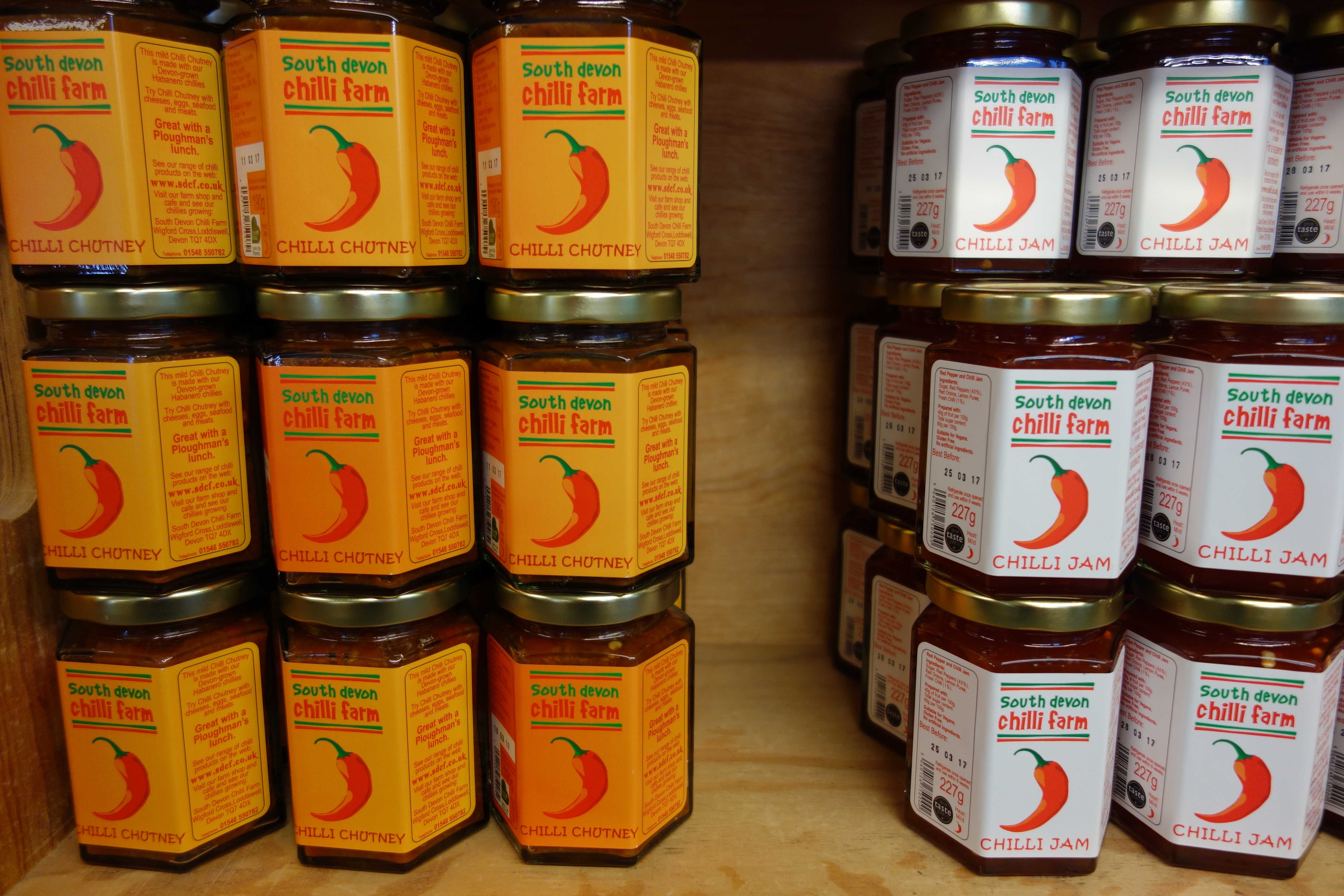 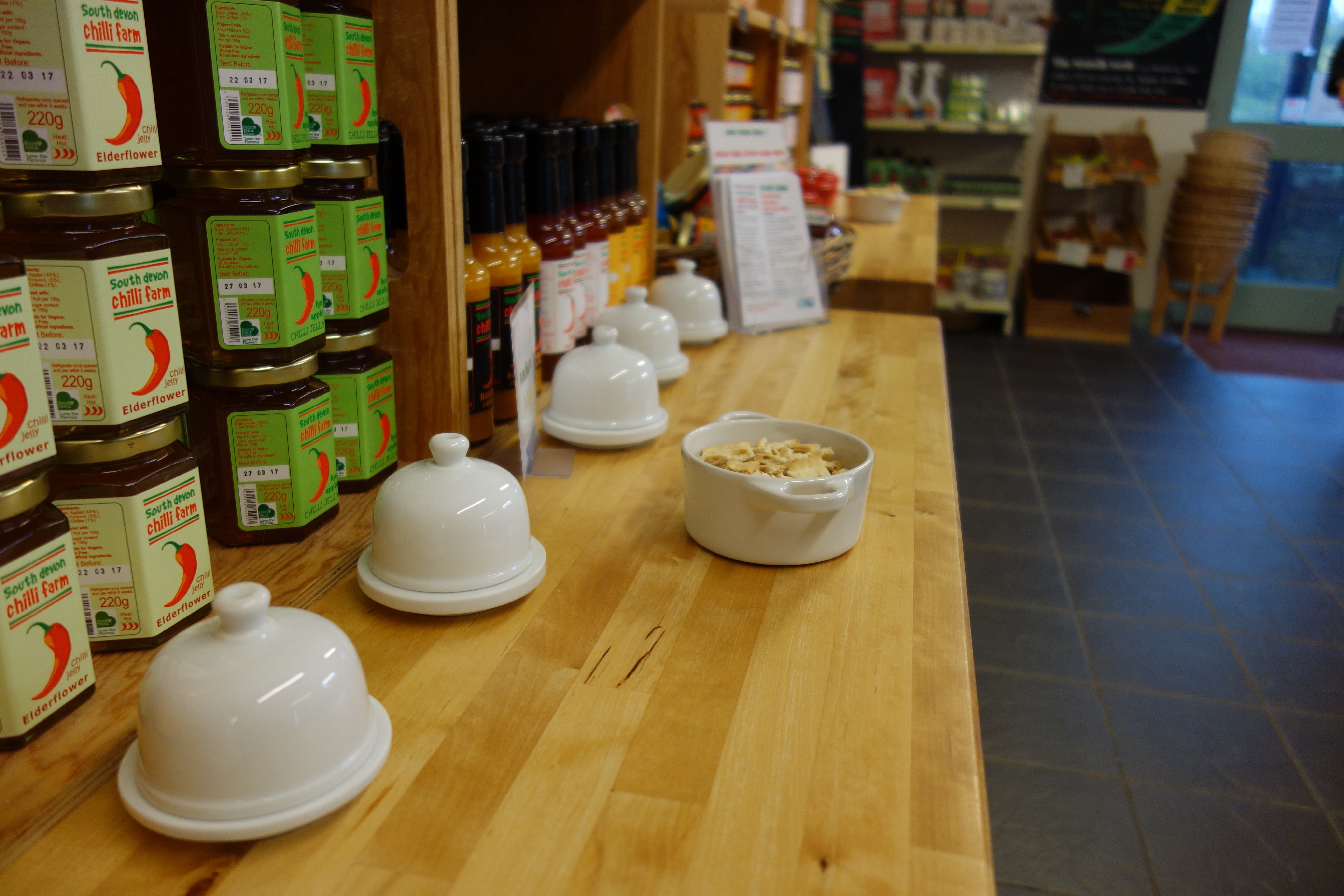 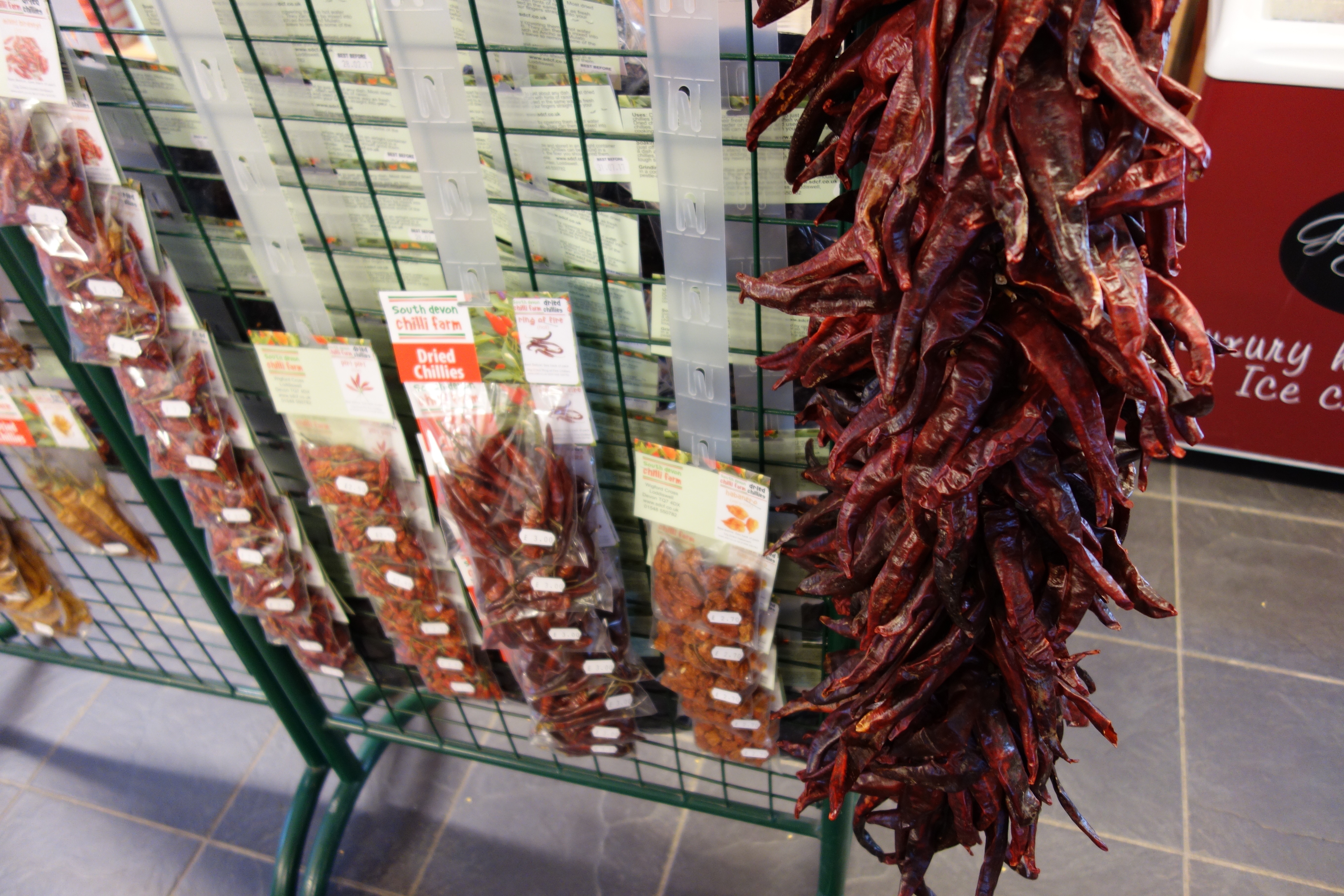 After a few taste tests, I was pretty enamoured with the Chilli Jam, which will be perfect to recreate Dishoom’s famed bacon naan, plus the Habanero hot sauce. I also picked up some freshly picked Cherry Bomb peppers (which are spicy little devils), which I simply chopped the top off and deseeded, popped in a cube of feta and baked for 20 mins under a medium heat. Served with roasted courgettes and fruity cous cous, they went down a treat on a chilly October evening.

And you know what’s great? You can buy everything online here 🙂