Rhubarb is a tricky fruit. I mean, it’s a vegetable masquerading as a a fruit for goodness sake. It’s suspect from the get go.

I’ve never been a huge fan ofÂ its most traditional form; the crumble, but since it grows in abundance across the UK it’s one of the things I feel obliged to almost continuously re-taste.

One of the wonderful producers I’ve discovered on my quest to explore the Great Taste Awards three star winners isÂ Louiseâ€™s Larder, of Higher Neopardy, Crediton. And as this intro would suggest, it received the recognition for its Rhubarb, Rose and Cardamom Jam. 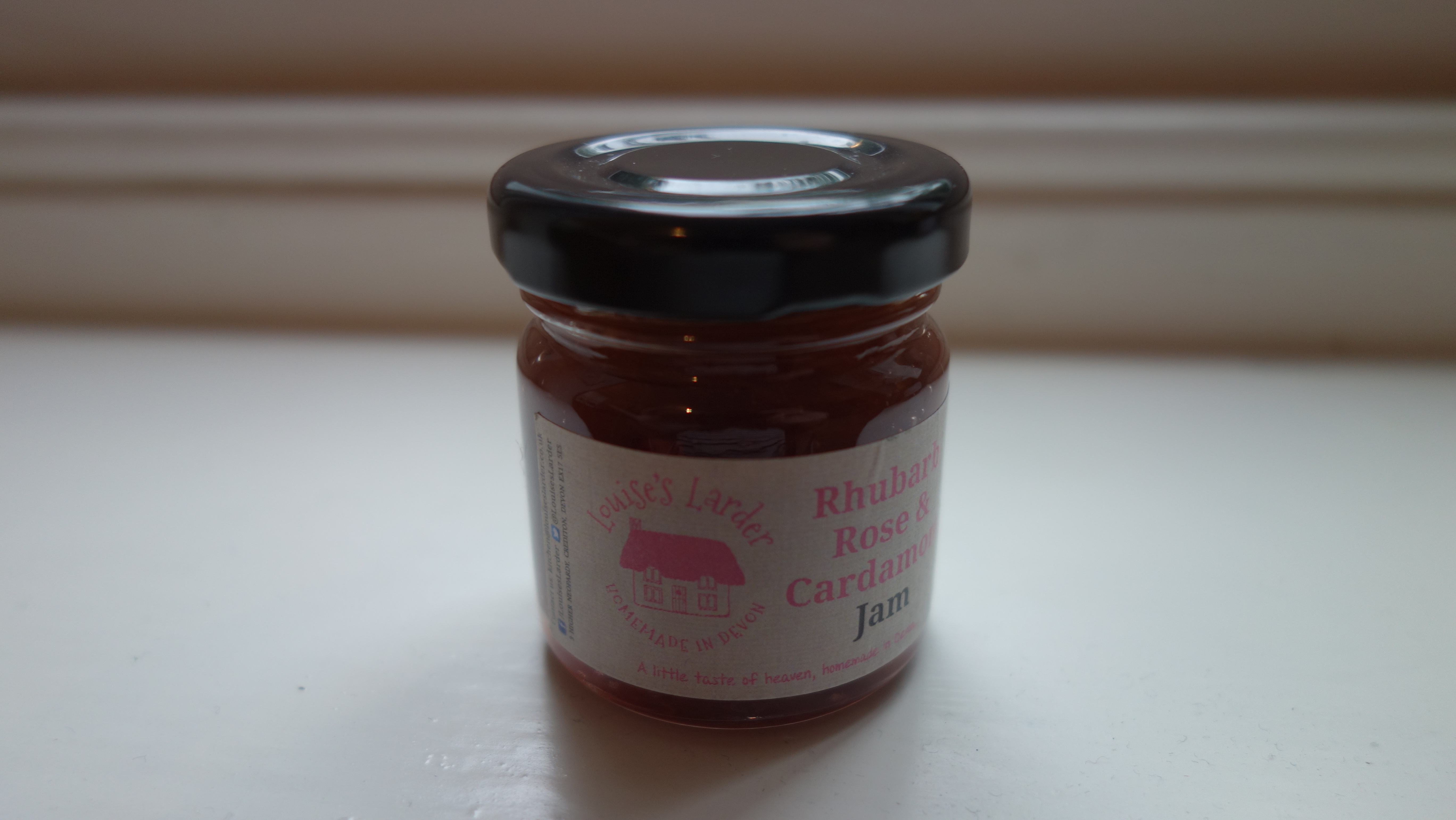 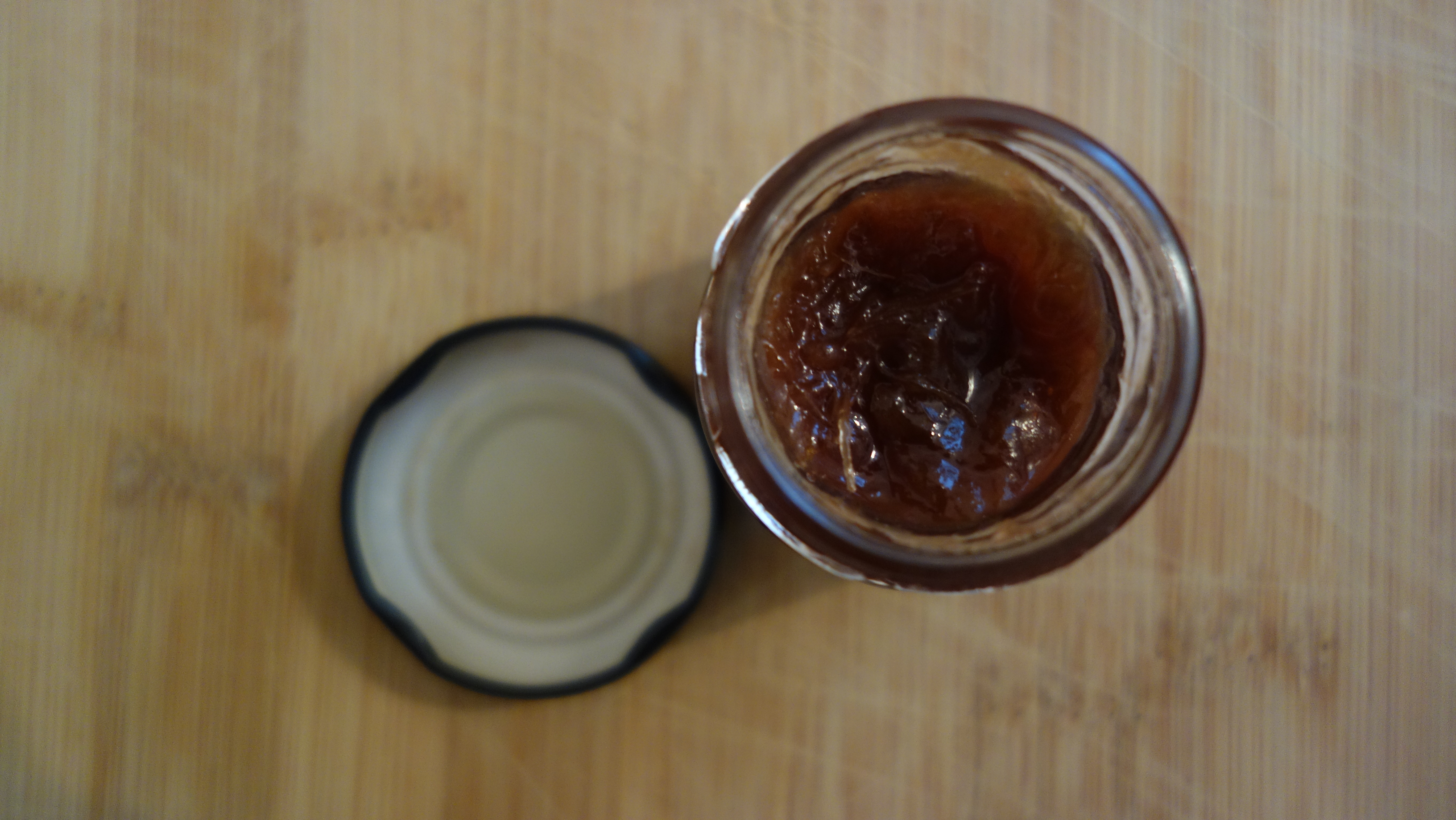 Nestled in a tiny hamlet in the heart of the beautiful rolling Devonshire countryside – Louise’s Larder produces a range of delicious handmade baked goods, cakes, chutneys, jams and hampers. Using traditional methods and the very best of the fresh, locally sourced and seasonal ingredients that Devon has to offer.

In my head there are two ways to eat jam; with toast, and with scones. For something so unusual, I felt it was a waste to just go for a slice of hot buttered sourdough (though I’m most definitely craving that right now!), so I found myself my cherry scones and some clotted cream from Rodda’s – which you can’t beat. I could wax lyrical about them all day, founded in 1890 in Cornwall, I urge you to pick their cream every time.

Anyway. The jam itself is quite curious. The combination of Cardamom, which is a very unique spice that has an almost savoury quality, and the strength of flavour in the Rose, is very unusual. We served this with some classic English BreakfastÂ tea, and it paired perfectly. Anything more aromatic would just confuse your palette. 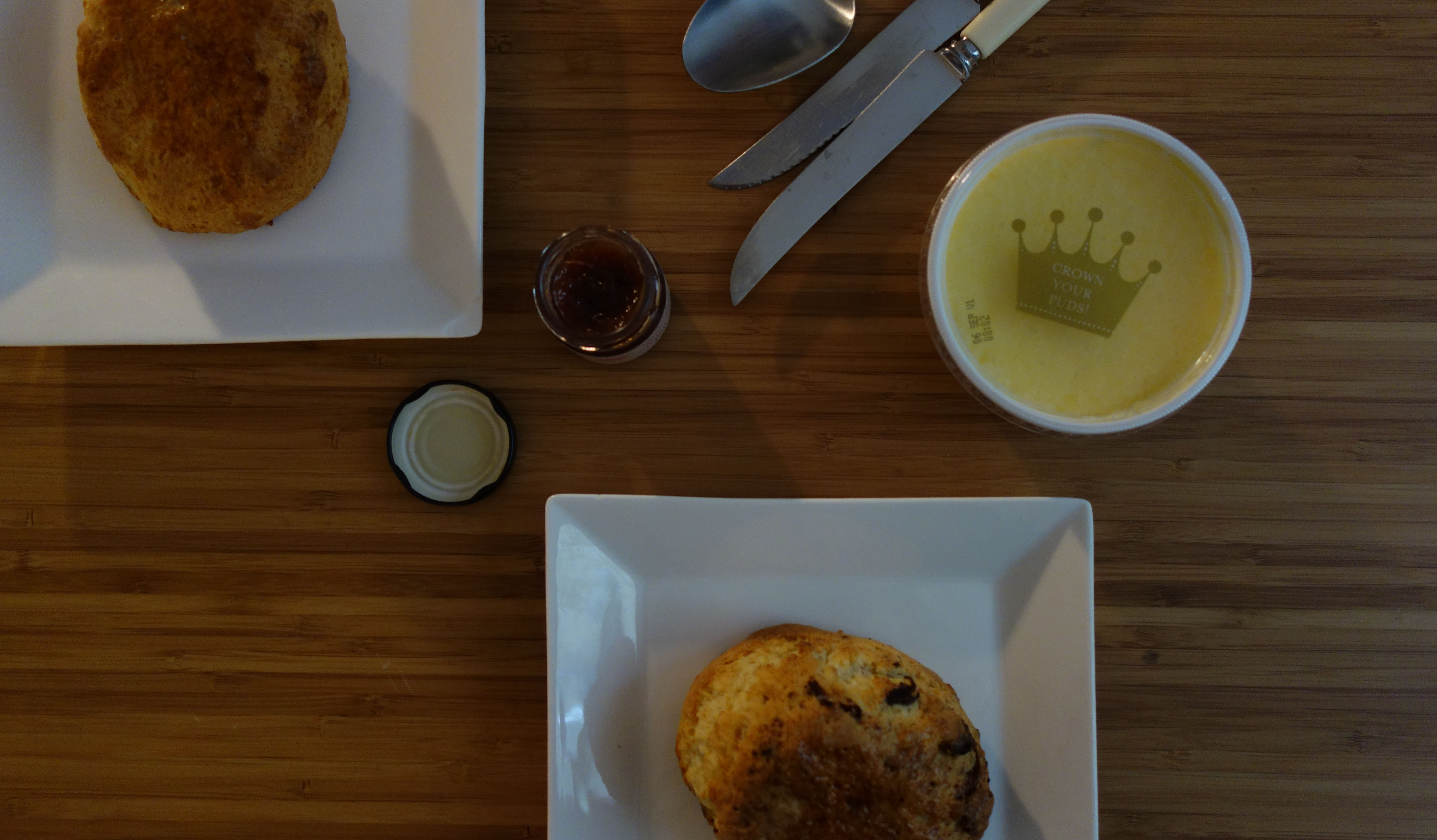 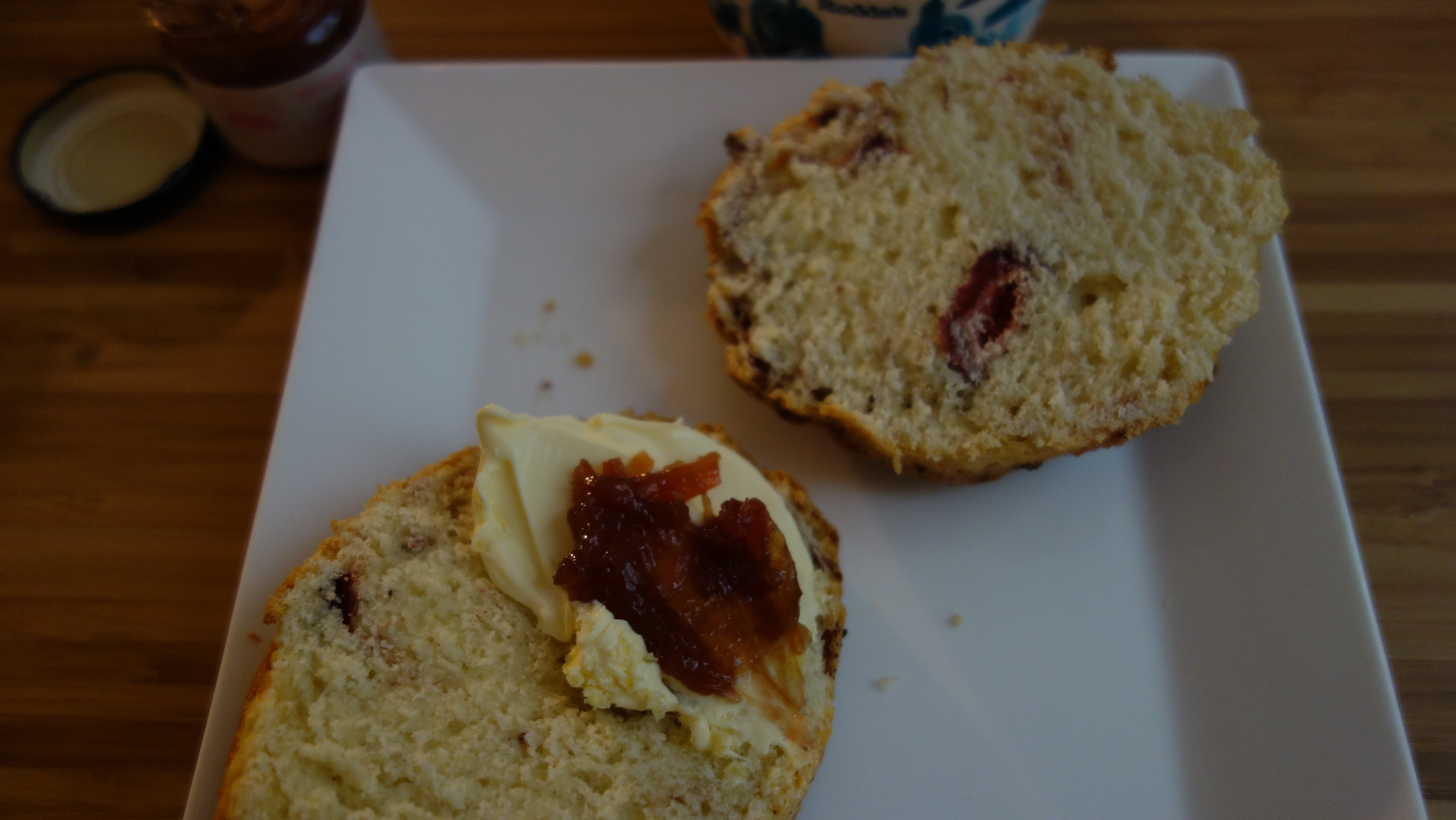 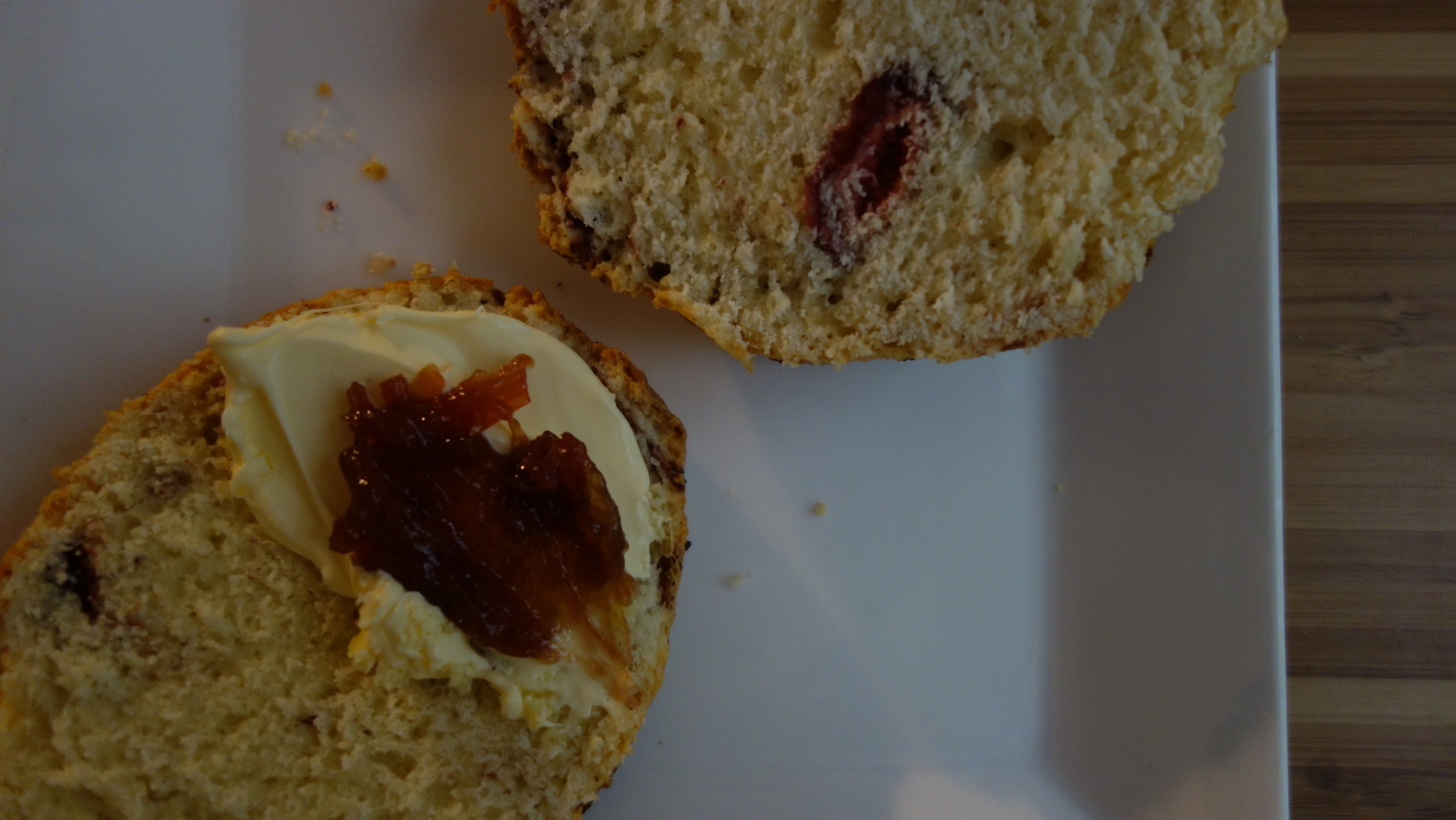 The thing about cream tea; is that even though I have a wicked sweet tooth, even I sometimes find is a little sickly. To really do justice to a decent scone, you need something that will cut through. The cardamom jamÂ ended up doing the job perfectly. The complex flavour takes a tiny bit of getting used to, but once you’ve really allowed yourself to taste it, it’s an ideal mid-afternoon treat.