I will literally use any excuse to go and buy really great cheese. Today is BASTILLE DAY, and therefore, one such occasion. In fact, it’s pretty much perfect.

I’m very lucky to have La Cave a Fromage on Portobello Road just minutes from my house, which is a specialist cheese shop/cafe that sells almost exclusively British and French cheeses. 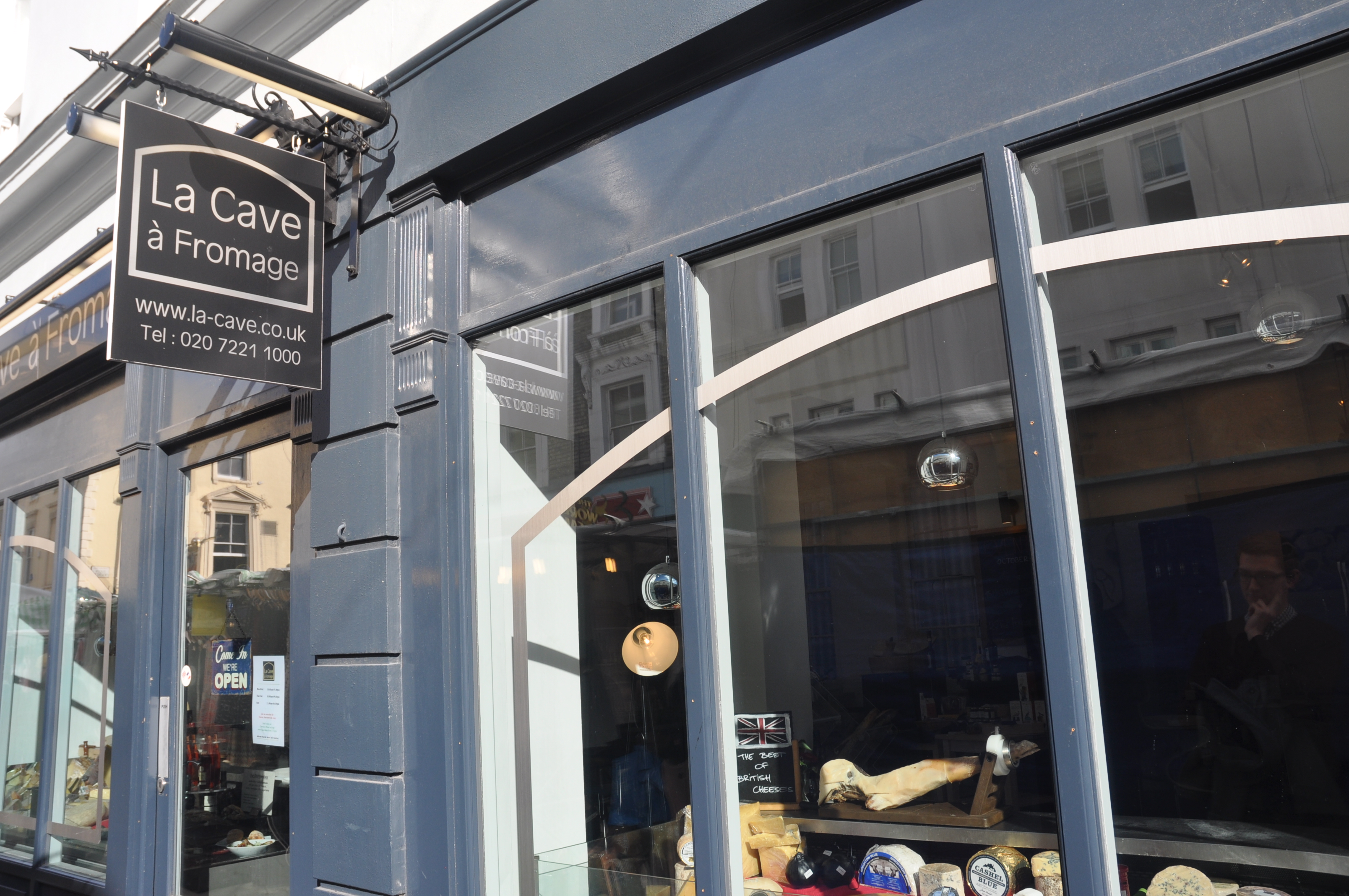 Owned by cheese connoisseurs Amnon Paldi and Eric Charriaux, this is the third and flagship branch of the original in South Kensington (another is in Brighton), and sells both carefully-selected cheese (some matured onsite) and meats, as well as serving wonderful mixed platters and wine if you want to eat while you’re there.

The shop itself is *pungent*, so just prepare yourself. Personally, I’d rather go in and spend a while chatting to the uber-knowledgeable staff, taste a few cheeses, and then eat at home.

Another reason for today’s visit is the chutney I’ve had hiding in the cupboard from Lucy’s Dressings for the past few weeks, another find from Kitchen Table Projects’ Artisan Springboard. Lucy, who started the company five years ago in Suffolk, started out making salad dressings using Hillfarm cold pressed rapeseed oil, and now has six Great Taste Awards under her belt. There’s family heritage there as well, since her father-in-law is Nigel Mackenzie, the former Sussex restaurateur who invented the Banoffee Pie some 30 years ago.

Anyway! We chose two beautiful cheeses to try with Lucy’s chutney. There are three in the range; Blushing Beetroot, Lemon Tree Mayo, and the one I selected, Punchy Plum. The plum is mixed with lime & chilli, and is a richly spiced sweet and sharp relish. The ‘Tasting Guide’ (a cute addition on the back of the jar) suggests that it’s perfect for duck, cheese, Middle Eastern dishes or traditional meat pies. I’d tried a strong cheddar previously, and it wasn’t quite cutting it, so we went in search of something soft, but strong.

Thanks to La Cave a Fromage, we walked away with a Petit Gaugry, which was just absolutely phenomenal. A washed rind cheese (my favourite), this is essentially a miniature version of Fromagerie Gaugry’s Epoisses. Epoisses was invented at the beginning of the 16th century by Cistrecian monks and is named after the town where it was first produced. It was imported to the court of the Count of Guitaut, one of Louis XIV’s noblemen, where it became very fashionable and was also one of the favourite cheeses of Napoleon who adored the wine of Chambertin which marries perfectly with it. Fancy.

From a British perspective, we also got a chunk of Somerset Camembert, typically rich and creamy with a soft edible white rind. As the cheese matures the curd softens, becoming a uniform butter or straw colour and developing a fuller flavour.

Both were fantastic (though I preferred the Petit Gaugry with the fullness of the plum), and with some water biscuits, apple and red wine, couldn’t be a more perfect accompaniment to the Gentlemen’s Wimbledon Final on Bastille Day. Go Federer!

Leave a Reply to vikkichowney Click here to cancel reply.