Chances are, you’re quite familiar with The Fine Cheese Company. Based in Bath, their name is ubiquitous in cracker circles, and chutneys, and quince, and cheese itself. Well, pretty much everything cheese-related really.

What you might not have gotten your gums around just yet though, are the treats from their one-time biscuit supplier, Artisan Biscuits.

I say ‘one-time’ because Fine Cheese Co. bought the Artisan bakery in Ashbourne, Derbyshire back in 2006. It’s these guys who supply Starbucks’ North American coffee bars with their magical Two by Two biscuits (two animal characters in either vanilla, lemon curd, strawberry and toffee, reflected in the box illustration and with a poem or a story to match).

I adore Artisan’s story. It’s a long-standing family bakery in the Derbyshire Peak District, started over 70 years ago – and the way they bake biscuits is barely any different to back then, using the same bronze rollers and biscuit-moulding method.

In the last 50 years, the company has had only had two Head Bakers. In 2009, Terry retired, and Paul, his understudy, took his place. Paul now sifts, weighs, mixes, and works the dough in the same old-fashioned way.

By the time a biscuit or cracker reaches the intended eater, it will have been checked and given the thumbs up by 20 different bakery staff.

The ‘Grate Britain’ biscuits are teeny little morsels of buttery, crumbly-ness, which the company adds freshly grated British cheese to. I tried the cheddar ones, made with my long-time favourite, Wookey Hole Cave-Aged Cheddar. Hand-made in the West Country by Ford Farm and wrapped in cloth for long maturing, this cheddar is actually aged in the caves at Wookey Hole in Somerset. 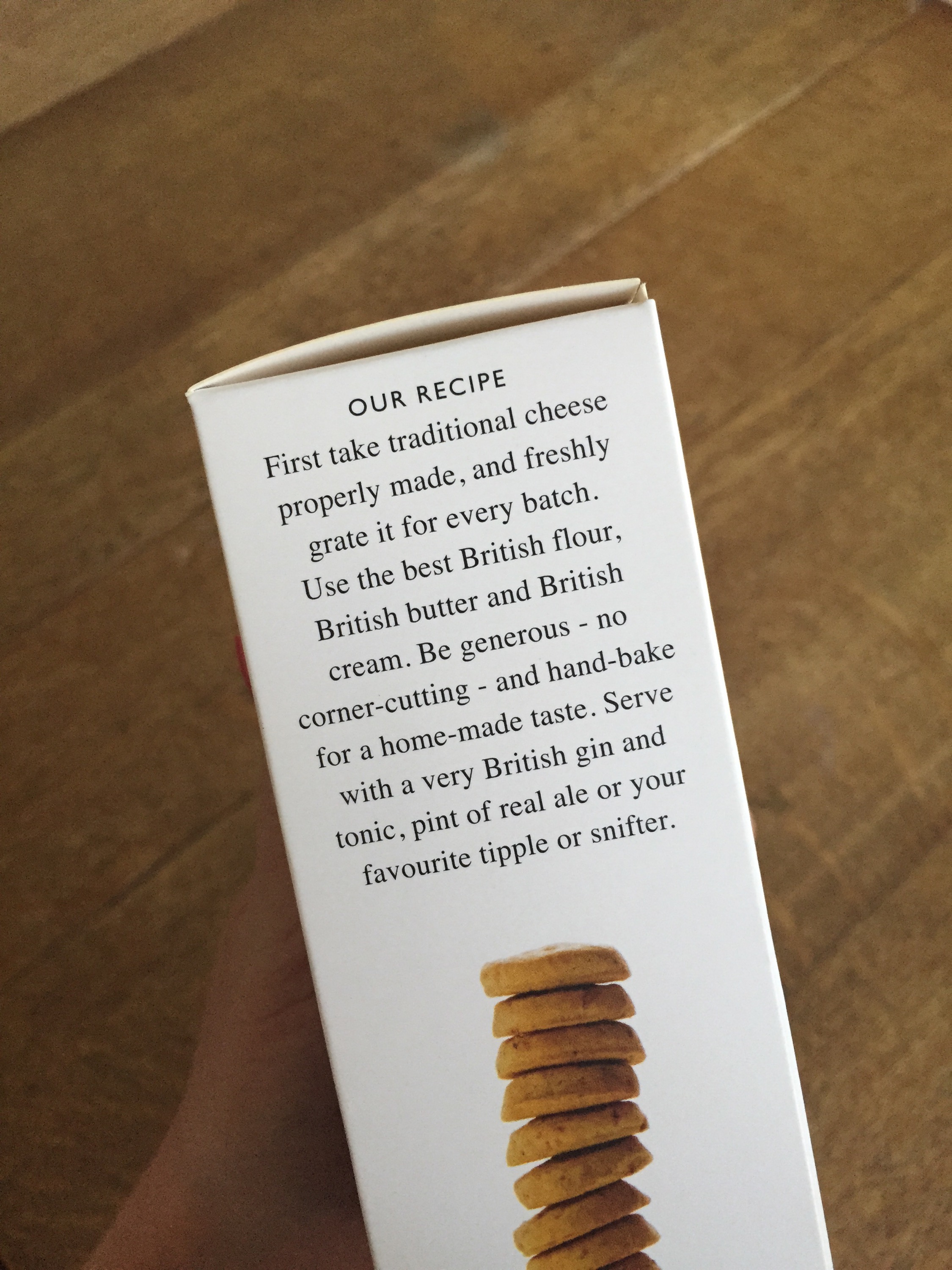 Serving suggestion is to be eaten with a proper gin and tonic, real ale, or other such tipple. I checked with Fine Foods, and they confirmed this 😉 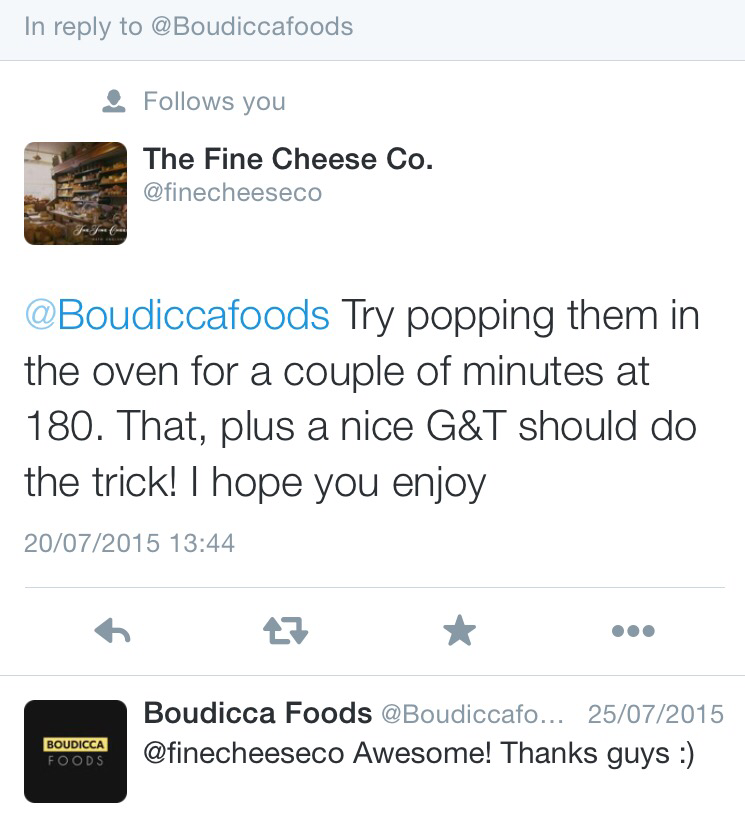 Patience is a virtue it seems, as the recommendation is to warm for 4-5 minutes at 180 degrees. The standard packs you see above have about 15-18 mini biscuits in, and you can buy ‘snacksize’ versions in pouches at about 7/8 a piece.

These little things are tasty, like a savoury shortbread that reminds you of cheese straws but with none of the grease, and none of the flakiness. I’m struggling to place them into their best serving *time* though; too chunky to actually use as a cracker, too hearty to have as a snack with drinks, and too nice to bring out cold for a party.

I have a suspicion that this may be a winter snack, and that the other two varieties may have the suitable kick to serve alongside a really good beer by the fire. The Smoked Cheese version is made with Dorset Red, handmade at Ashley Chase Farm and smoked traditionally over oak for a dark, mellow flavour, while the Stilton contains crumbled Long Clawson Blue Stilton, still matured by Long Clawson Dairy for almost 100 years. That’ll do the trick.