Five perfect Christmas gifts for foodies with a sweet tooth

We’re now pastÂ Fireworks Night (just), so that means that I can officially get excited about Christmas. And no, I donâ€™t care that itâ€™s still six weeks away, Iâ€™ve been buying presents for ages!

I have a wicked sweet tooth, and this year there are some truly wonderful presents for dessert-mad foodies that have been newly released by some of my absolute favourite British brands. Forget hampers; if youâ€™re looking for something special,Â try the five gifts I’ve picked out below…

For families; biscuits from BiscuiteersÂ

Just round the corner from me in Notting Hill, Biscuiteers was founded by husband and wife team Harriet Hastings & Stevie Congdon after a weekend trip to New York, where they realised that there were plenty of people as passionate about biscuits as they were. The goal? To make biscuits look as beautiful as they tasted.

New themes for this year include a Mexican-inspired collectionÂ of Christmas tree decorations, a new look Advent collection featuring 24 beautiful wintry animals including a puffin, penguin, polar bear, wolf and walrus, as well as a stunning new Snowman collection and another for the Twelve Days of Christmas.

My recommendation though is the completely redesigned Nutcracker collection below. Nothing says Christmas like the Nutcracker, and these beautiful all spice biscuits are the perfect way to celebrate. Â£35 with a minimum of 9 hand iced biscuits. 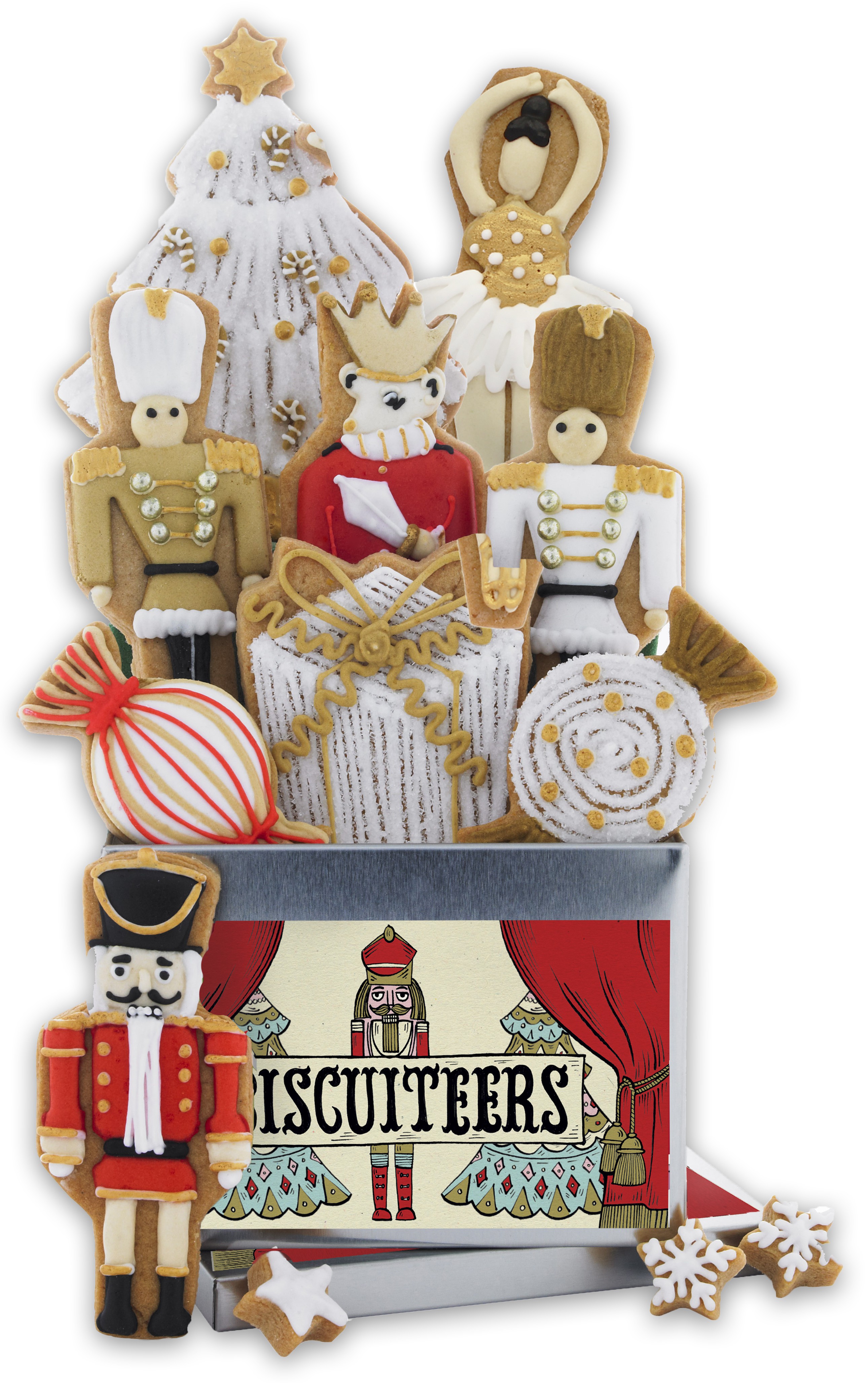 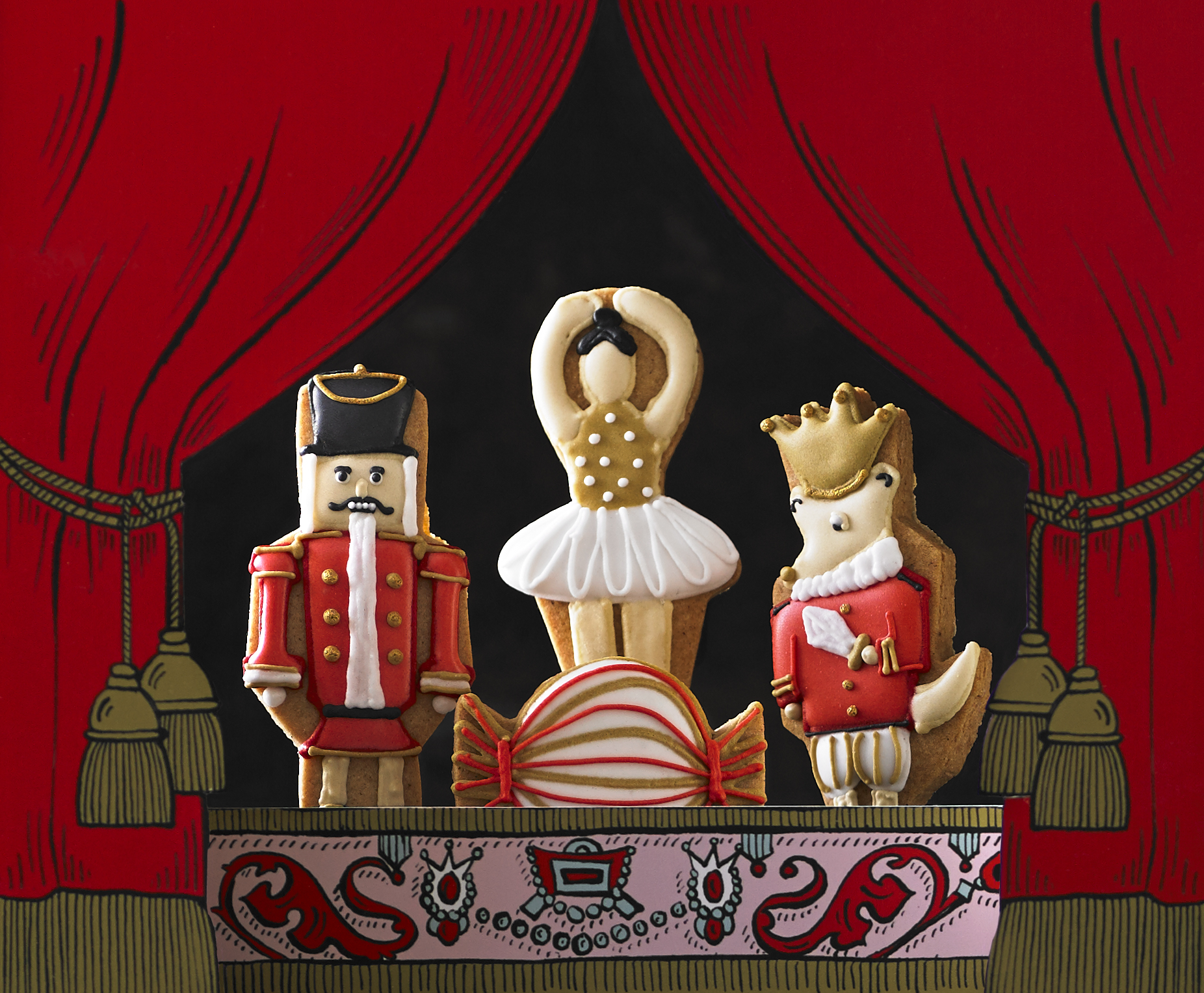 For your partner; chocolates from Paul A Young

Renowned flavour alchemist Paul A Young is this year bringing classic Christmas flavours bang up to date with the highest quality ingredients and a touch of magic only he can bring to confectionery.

After studying hotel catering and management Paul quickly worked through the ranks of the restaurant kitchen to the position of head pastry chef for Marco Pierre White at Quo Vadis and Criterion. He then began to specialise in chocolate, and opened his first shop on Camden Passage in Islington in 2006 with his business partner James Cronin. Since then Paul has been creating products that have won numerous industry awards, wowed customers and earned him the reputation he has today. 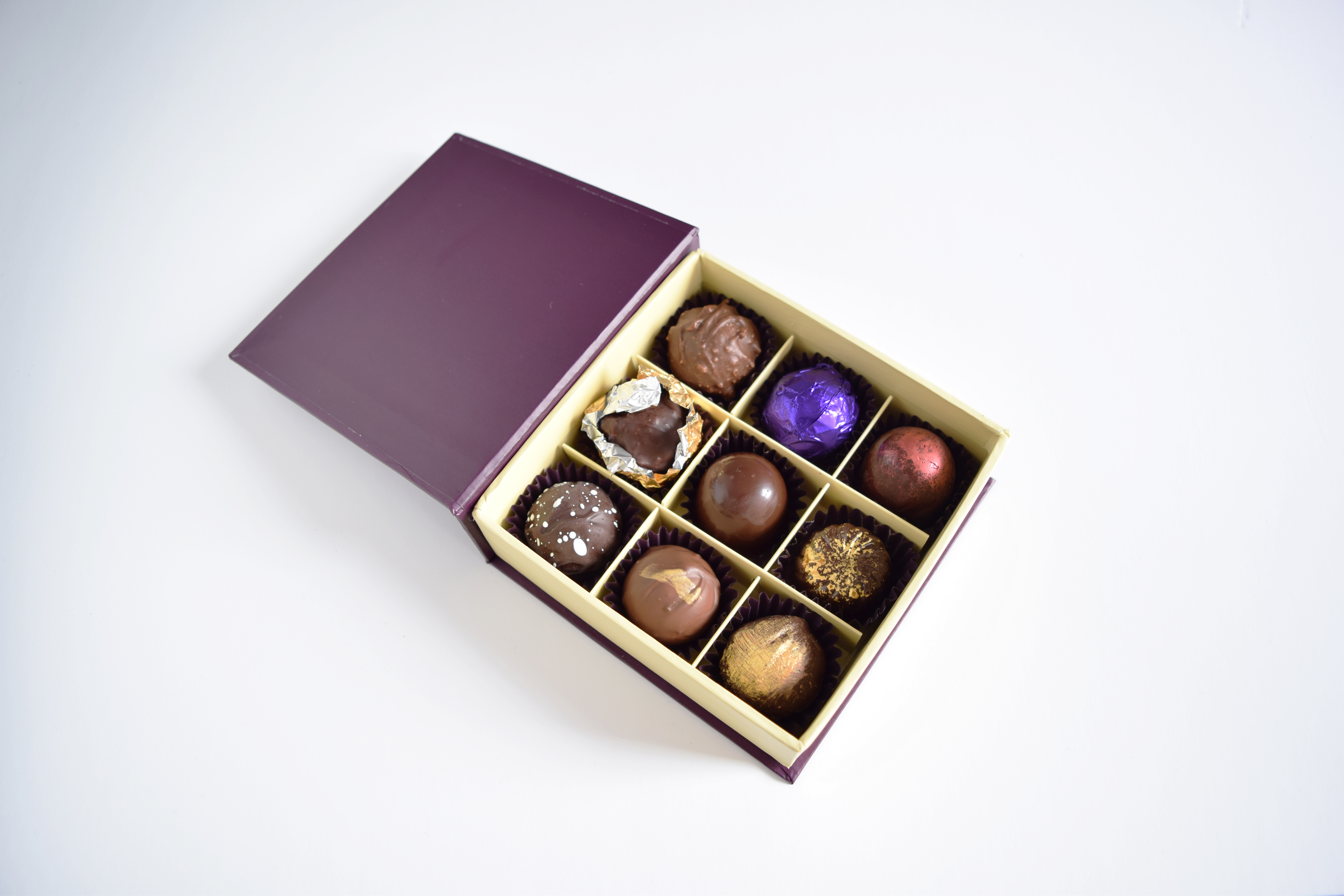 I also canâ€™t resist throwing in an extra stocking filler idea here; Paul has also brought back the rework of his award-winning, totally legendary brownies, which includes a festive twist. Get down to his stores in Wardour Street, Camden Passage or The Royal Exchange in Bank to pick up a PLUM PUDDING brownie pie for Â£3.50.

For your best friend; sweets from Smith & Sinclair

I wrote about alcoholic cocktail confectioners Smith & Sinclair earlier this year, having been captivated by their amazing jellies (which are 6-8% ABV!) at Kitchen Table Projectâ€™s Artisan Springboard.

Speaking about the new collection, co-founder and product creatorÂ Emile said that theyâ€™ve seen a resurgence of ginger in cocktails, and the Moscow Mule is becoming a firm favourite amongst vodka drinkers. â€œTo give it a twist weÂ decided to pair the flavours of lime and ginger with the cutting, clean qualities of rhubarb and the Rhuby Mule was born. Our second cocktail is Long Island Iced Tea, which has been given a high tea makeover with black tea bitters and coated in raspberry infused sugar, reminiscent of afternoon tea and jam. As you can probably tell… We’re after the royal stamp of approval hereâ€. 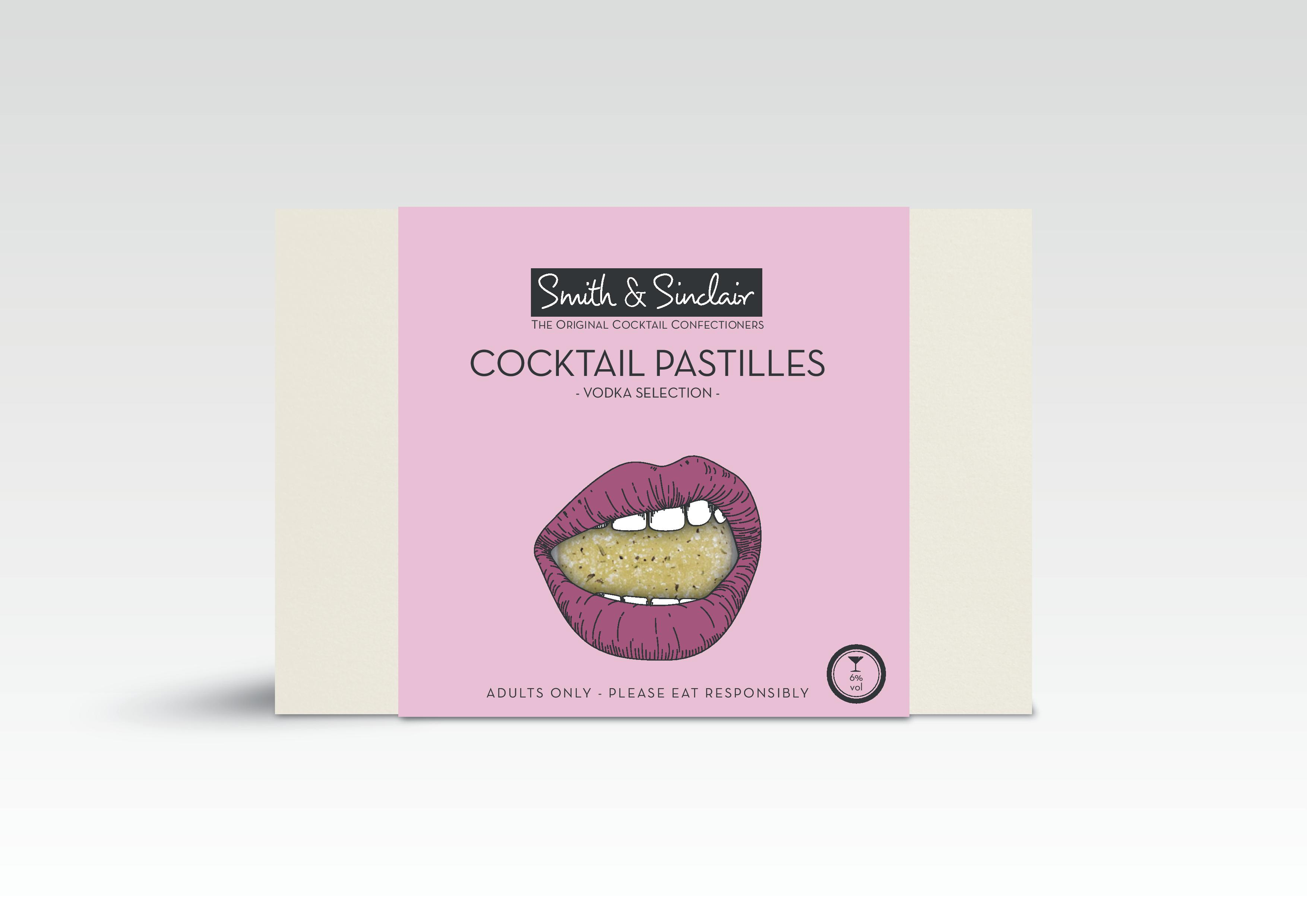 Since its whirlwind launch last year as the firstÂ food product to be sold on the alcohol shelf, Smith & Sinclair now retails nationwide. You can get the vodka collection as a box of six for Â£9.99 from Harvey Nichols, Fenwicks or online here.

For your parents; panettone from Selfridges

So, not strictly a British item, but a wonderful gift that oozes classy Christmas cheer as an alternative to classic cakes. You can buy panettone from most good food retailers, but for a really special present – Selfridges canâ€™t be beaten.

â€˜Food meccaâ€™, aka the Food Hall at Selfridges, stocks a good range of panettone; all specially selected by the team from one of two producers in Italy â€“ Milanâ€™s G. Cova & Co’s or the Fillippi family in Vincenza. Thereâ€™s a chocolate and pear version, a classic one in retro paper, and even one made with marron glacÃ©s (candied chestnuts).

To really wow the folks on Christmas day though, the iconic yellow hat box with Moscato wine is the one to go for. This is the storeâ€™s most decadentÂ panettone, made by the Filippi family. What makes their panettone so incredibly moist and rich is the golden selection Turkish sultanas which are soaked for four days in â€˜La Ceriolaâ€™ Moscato. Only the finest bourbon vanilla beans from Madagascar and free-range eggs are used for a rich, golden crumb. Natural starter cultures – first perfected in 1972 by the Filippi family – produce an extraordinarily light texture and honey-like aroma. 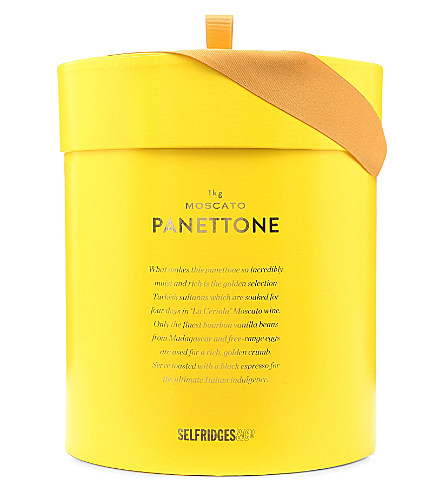 My last tip is a bit leftfield. I discovered the true quality of Hotel Chocolatâ€™s goods with Celia Brooks on her Borough Market gastrotour earlier this year. We started the day at Hotel Chocolatâ€™s Rabot 1575 (named after the companyâ€™sÂ 250-year-old Rabot Estate cocoa plantation in Saint Lucia) Â â€“ and we got to experience incredible chocolate butters, pastries, brownies and more. Exploring the store upstairs was a real treat.

For their Christmas range this year, the chocolatier has gone all out, with high quality advent calendars in every flavour, chocolateÂ festive wreathsÂ and stocking fillers galore. But my favourite is the somewhat unusual jams on offer. Specifically, the Morello Cherry Jam infused with Cocoa Gin. 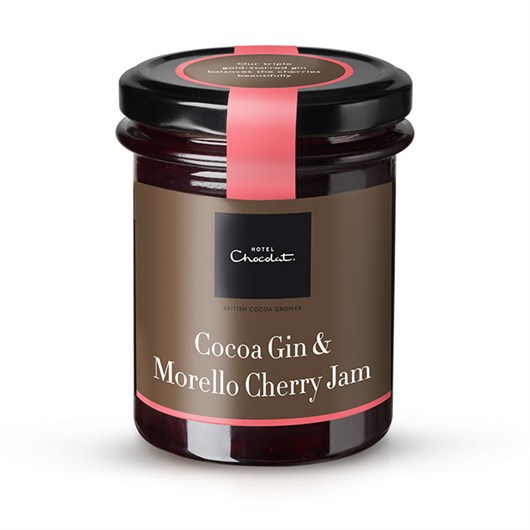 This concoction of sharp yet sweet Morello cherries harmonises perfectly with punchy notes of juniper, and lemon-zest from the companyâ€™s cool and crisp cocoa gin. For foodie friends, this is a total steal at just Â£5.00 a jar, which you can buy online here.